Realism Is More Than Restraint 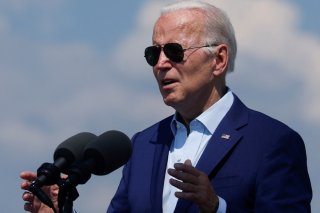 In his first book, A World Restored: Metternich, Castlereagh and the Problems of Peace 1812-1822, Henry Kissinger wrote that, “Every statesman must attempt to reconcile what is considered just with what is considered possible.” What is considered just depends on one’s own domestic values, but what is considered possible depends not only on the resources at your disposal but of the resources and values of opposing states. In other words, we can’t always get our way in a complex and intractable world. This may be one of the most useful and simply stated definitions of realism. A related definition is embodied in the “particularism” of George F. Kennan. Particularism stands against universal values and the legalistic rules that uphold them, and implicitly accepts the world as it is, with all of its cultural and philosophical differences that require different strategies. Because realism comprehends the sheer variety of the world, it has traditionally been the friend of area specialists: the Arabists, Sinologists, and others whose deep cultural knowledge has argued for particular approaches to different regions that abjure one-size-fits-all universalist strategies.

But comprehending the world with all of its limitations and variations also means something deeper: recognizing, especially in the cyber age, just how ferociously claustrophobic and interconnected the world actually is. The protection afforded by oceans still matter, but less and less so. Of course, this was true even during the Cold War. Because it was a world struggle, the Cold War witnessed both hard-headed realism and internationalism. The world today is even more inextricably linked than it was then. A world now united by financial markets as much as by the spread of disease, to say nothing about how a war in Ukraine is affecting food supplies in sub-Saharan Africa, is a world in which realism requires intense international engagement at many levels merely in order to operate effectively and be realistic.

Indeed, the world may be as divided as ever, but the relentless power of technology is rendering the world more and more a single system, in which crises can migrate from one part of the earth to another as never before, and affect each other as never before. The Hungarian-American mathematician John von Neumann explained that whereas in the past a sparsely populated geography had acted as a safety mechanism against military and technological advances, as the years and decades advance geography itself has been losing the battle against population growth, urbanization, and weapons development. The very “finite size of the earth” has become a force for instability, in other words.

In this singular and highly unstable world system, becoming more unstable by the day, a school of policy belief has emerged counseling restraint and off-shore balancing, as the attributes of a new post-Cold War realism. There is nothing wrong with this belief on its face. Restraint is a good in and of itself, and is synonymous with prudence. Offshore balancing boasts the good of establishing priorities and a hierarchy of needs. The problem they have is not an intellectual flaw, especially considering that the lack of restraint and the failure to establish priorities were strong features of America’s recent debacles in Afghanistan and Iraq. However, the issue lies not in their logic, but in their limitations. The fact is that realism means more than those things.

In a world more interconnected than ever before, placing restraint on a pedestal may mean you’ll sacrifice any principle for the sake of it, and consequently run the risk of signaling inaction and weakness. Never tell your enemy what you’re not going to do, is a dictum of realism that an obsession with restraint violates. A foreign policy should not be that doctrinaire and predictable. Offshore balancing, by essentially stating publicly that the United States shall defend some parts of the world (Europe, Northeast Asia, the Persian Gulf) but not necessarily others may set off a mad scramble for influence in those other parts, such as the South China Sea and the Bab al-Mandab Strait, as well as limiting our options in ambiguous crises that simultaneously involve multiple parts of the world in this hyper-global age.

Restraint and offshore balancing are faithful to realism in theory but not necessarily in practice. The theory of realism, harking back to Thucydides and progressing forward to the likes of Hans Morgenthau, essentially emphasizes national interest in a debased world, with its dim accounting of human nature and historical precedent, as opposed to abstract principles of justice. But restrainers and offshore balancers take this too far. They indicate that the United States is generally about looking out for itself and relatively little more. That is no way to exercise leadership for the world’s greatest diplomatic, military, and economic power. And leadership matters because alliances—so helpful in a nervous, chaotic world—are not self-organizing. Like all large groups, alliances depend on their strongest member for coherence.

Realism in actual practice has always been synonymous with something far greater than restraint and offshore balancing: that something is statesmanship, just as Kissinger alluded to in A World Restored.

A statesman must combine two opposite sensibilities, both of which are synonymous with realism.

The first is geopolitics, which judges whole populations according to their natural resources and position on the map. Interests rather than values are paramount. Then there are the psychologies, fears, and passions of great protagonists in a world crisis. For example, Ukraine’s geography, so engulfed by Russia, makes it doomed to be a neutral state, according to the geopolitician. But one can also declare that Ukraine’s fate will ultimately be decided by the actions and sensibilities of individual men: such as Volodymyr Zelenskyy and Vladimir Putin. The first sensibility constitutes the realm of fate; the second the realm of human agency. It is in the interaction of these two seemingly opposite tendencies that statesmanship is forged. Statesmanship is about seeing the wisdom and limitations in both positions. And that is the height of realism.

Likewise, great statesmen, such as Kissinger, George Shultz, James Baker III, and Richard Holbrooke, have focused on the geopolitical context as well as the personalities involved, with whom they’ve had to deal. Their genius was not just a matter of cold geopolitical strategy or political science, but of reading the minds of their interlocutors. That is why realist internationalism is a sensibility, not an ideology, and cannot be reduced to a simple one-dimensional theory or two. Realism in practice comprehends a world of tragic limits, even as its best practitioners know they must always push to the edges of those limits whenever possible. Contrarily, restrainers and offshore balancers seek safety within a narrower geopolitics that only sets the context of events and deemphasizes the human element that ultimately decides them. Indeed, the deals—and the failure to make deals—within those events is the province of individual men and women with whom the statesman engages, in order to transcend the status quo. Not just great men, but those immediately below them, too, all in the throes of passion as well as of logic, dramatically affect world history.

The fact is, there is a hot-blooded and literary quality to the march of events, set against a shrinking, increasingly fluid, and crowded world-geography that cannot be neatly or mechanically divided according to greater and lesser interests. Restrainers and offshore balancers, limited as they are to the geopolitical chessboard of a world that is far more interwoven than they may realize, have a long way to travel before approaching this higher level of realism.

Nevertheless, given the debacles of the recent past, and the immense stakes of great power rivalries that might lead us into future blunders, merely by staking out their positions as they have, restrainers and offshore balancers serve as a useful force for moderation and encourage us to better think through our decisions. Moreover, they raise the most serious of moral questions in the foreign policy realm: What is the price the average American citizen must pay for a foreign policy that seeks to set the world to rights? Treating restrainers and offshore balancers with the utmost consideration and seriousness is a small price to pay for the carnage of two misbegotten wars.

Robert D. Kaplan holds the Robert Strausz-Hupé Chair in Geopolitics at the Foreign Policy Research Institute. He is the author of twenty-one books, including The Tragic Mind: Fear, Fate, and the Burden of Power, forthcoming in January with Yale University Press.