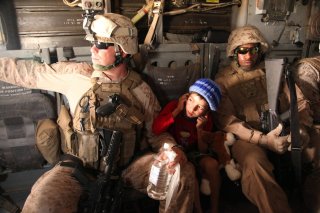 The crisis in Afghanistan and the decision to admit tens of thousands of that country’s citizens, with plans to admit more, has raised interest in how the huge influx of immigrants will adapt to life in the United States. Unfortunately, we do not have an entirely clear picture of the Afghans evacuated in recent weeks. Some have worked for the U.S. government, others have a more tenuous connection, while still others seem to have simply pushed their way to the front of the line at the Kabul airport.

By contrast, Census Bureau data does provide a clear picture of Afghans already in the United States. It shows that many people struggle with low incomes and high rates of welfare use. Moving forward, policymakers have to think about how they might better help future Afghan immigrants adapt to life in the United States or, alternatively, help those who want out of Afghanistan to resettle in neighboring countries.

According to the Census Bureau’s American Community Survey (ACS), the number of Afghan immigrants in the United States has grown from 55,000 in 2010 to 133,000 in 2019. That’s a 2.5-fold increase in less than ten years. The same data also shows that a large share of Afghans have modest levels of education and are poor. Of persons in households headed by an Afghan immigrant, 51 percent live in or near poverty, which is roughly twice the rate among the native-born. (Near poverty is defined as less than 200 percent of the poverty line.)

In 2019, 65 percent of Afghan households used at least one major welfare program—cash, food stamps, or Medicaid—compared to 50 percent in 2010. In fact, the rates are likely even higher, since the ACS is known to significantly understate program participation. This compares to a slight increase over the same period among native households from 22 percent to 24 percent.

This rise in Afghan welfare use is somewhat puzzling because the share of Afghans in or near poverty, while high, did not increase from 2010 to 2019. The explanation is probably that refugee organizations have had greater success recently in signing up low-income Afghans for programs, helping many assimilate into the welfare system. A related possibility is that the growth in the Afghan immigrant population has facilitated the dissemination of information on how to navigate the welfare bureaucracy.

The high use of welfare does not mean that Afghans are not working. The data show that while women from Afghanistan have much lower rates of work than American-born women, Afghan men are slightly more likely to hold a job than native-born men. But there is nothing about working that precludes accessing welfare programs, as long as one’s income is low enough. In fact, most households receiving welfare in the United States have at least one worker.

One of the main reasons Afghans experience higher poverty is that they are less educated on average than the native-born and consequently earn less income. In fact, their education level has fallen somewhat in recent years, especially relative to native-born Americans. The share of Afghans with at least a bachelor’s degree fell from 30 percent in 2000 to 26 percent in 2019, compared to an increase from 27 percent to 35 percent among natives. Perhaps most importantly, the share of adult Afghans without a high school diploma (22 percent) is now three times the share of the native-born American.

Additionally, Afghan households are much larger on average than those headed by native-born Americans, but they have about the same number of workers. This means Afghans are trying to support relatively large households with comparatively few workers. As result, the share of Afghan immigrants and their children who live in or near poverty is very high, as is dependence on welfare.

To be sure, the Afghan immigrants admitted today will do better over time. Income tends to rise for all immigrants the longer they live in the country. However, this does not mean we are likely to see their rates of welfare use or poverty converge with the native-born Americans. In 2019, 47 percent of those living in households headed by an Afghan immigrant who arrived between 2000 to 2009 lived in or near poverty. Additionally, nearly three-fourths of households headed by an Afghan who came in the first decade of the 2000s used at least one welfare program in 2019. The heads of these households have lived in the United States for about fifteen years on average, and yet a very large share are poor and depend on government programs.

The number of Afghan immigrants arriving in the United States in the coming years will likely be large, assuming no change in U.S. immigration policy. The UN expects half a million more people to flee Afghanistan. The Biden administration will be under political pressure to admit more Afghans on humanitarian grounds. To be sure, we have an obligation to take in those who worked directly for the U.S. government, such as military translators. But, by all accounts that is only a tiny fraction of all those wanting out of that country.

Allowing ever more immigration from Afghanistan creates significant challenges that go beyond poverty and welfare usage. It also has the potential to create a significant clash of cultures. Survey research shows attitudes in Afghanistan about religion, politics, personal freedoms, and the role of women that are profoundly different from those in the United States.

We should consider alternatives to permanent resettlement in the United States. Afghanistan’s neighboring countries have large populations from the same ethnic groups from which most Afghans derive, such as Pashtuns, Uzbeks, and Tajiks. These countries have lower costs of living and social attitudes that are more similar to those in Afghanistan. By providing assistance to these countries to resettle Afghans, the United States could both help more refugees for a given level of investment and also avoid the economic, social, and fiscal challenges that large-scale immigration creates here.

Steven Camarota is Director of Research at the Center for Immigration Studies.