Repairing the Rift with Turkey 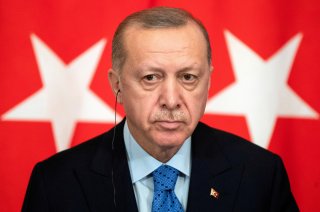 Can a Biden administration repair the U.S. relationship with Turkey—a geostrategically important NATO ally whose partnership with Washington gradually deteriorated in the past few years?  Short of policy towards the big threats—Russia, China, North Korea, Iran—it is hard to think of a more important security issue facing the incoming team.  Turkey can be a critical player in helping the U.S. handle—or, if we get it wrong, mishandle—the first and last of those other threats. The importance of this pivotal Muslim country between Europe and the Middle East is much greater than commonly perceived.

The temptation for the incoming administration will be to punish Turkey for its many transgressions. The autocratic ways of president Recep Tayyip Erdogan, his heavy-handed military reprisal against Syrian Kurds—critical U.S. allies in defeating the Islamic State—and his purchase of Russian missile defense systems have left Ankara with few friends in Washington. Clearly, Erdogan’s Turkey is a country to shunt aside as much as possible, no?  Some would even have NATO’s other twenty-nine members kick Turkey out of the alliance, notwithstanding that there is no mechanism by which a NATO member can be expelled or even suspended.

Any of that would be a mistake. The United States should certainly speak up and openly criticize Erdogan’s deepening autocracy. But in the meantime, it should also face reality. For all his own flaws, Erdogan still leads an important country—and is still the only person that the United States can attempt to do business with even if there are major disagreements between the two countries. Moreover, for all of his mistakes in regard to the Syria conflict over the years, they are no worse than our own failures and missteps in the Middle East over the last two decades. Turkey is bearing the brunt of the Syrian conflict as much as any other neighbor, hosting as many as four million refugees who would otherwise likely flood western Europe.

Yes, Erdogan’s friendliness with Putin is a major concern. But the alternative of a Russian-Turkish war that would drag the United States, as a NATO ally, into a conflict with Moscow would be much worse. After all,  Russia and Turkey are not natural partners. In fact, they are on the opposite sides of conflicts in Syria, Libya and the Caucasus between  Armenia and Azerbaijan. And in  2015 Turkey downed a Russian jet on its border with Syria—the first time a NATO country shot down a Russian plane in half a century.  As troubling as things are now, therefore, they could be much worse—and may get worse if we are not careful.

To put things on a better and less dangerous track, progress is needed in addressing two major problems with Turkey. They are not only impediments to improved bilateral relations, but real security issues in their own right with potentially large consequences for American and allied well-being if not handled adroitly. This is why instead of confronting Ankara with coercive diplomacy, the Biden administration should propose Turkey a conditional reset.

The S-400s will include Russian involvement in its operation—meaning that Moscow could gain intelligence about any aircraft flying in Turkish airspace, most notably the stealthy F-35 that Turkey was on track to purchase and helped build as a partner of the project. Without a resolution of this matter, Turkey’s role in the F-35 program will remain suspended, and it will not be able to acquire the aircraft. Moreover, the U.S. Congress stands ready to pass severe military and financial sanctions as further punishment against Ankara over the S-400.

Turkey recently tested but has not fully activated the S-400. If Erdogan is serious about a reset, then Turkey should openly commit not to activate the radar, and declare its willingness to buy a NATO compatible system. In return, the Biden administration should declare that Turkey is reintegrated in the F-35 jet program and consider offering Turkey financial and potentially technical incentives for its purchase of Patriot missile-defense systems.

The transactional model for a reset with Ankara should also cover Syria. The war there is winding down—but the postwar situation is far from settled. Although U.S. support for Syrian Kurds has always targeted the Islamic State, Turkey believes Washington supports Kurdish autonomy and eventual statehood in northern Syria. Making things worse, the Syrian Kurds that Washington supports are part of a Kurdish rebel group, the PKK, officially designated as a terrorist organization by U.S. law. A reset of Turkish-American relations in Syria will therefore require major diplomatic acrobatics.

The Biden administration should not leave Syria and abandon the Kurds as Trump contemplated. Instead, it should find more convincing ways to prove Ankara that the U.S.-Kurdish military cooperation is about fighting the Islamic State, not pursuing Kurdish independence. In return for a clear Turkish military commitment against ISIS and after making progress towards a trilateral peace understanding between Syrian Kurds, the Assad regime and Turkey, the United States could phase down its security cooperation with Syrian Kurds. Behind the scenes, the Biden administration should also work for a peaceful solution to Turkey’s own Kurdish problem by putting pressure on the PKK to disarm.

With movement on these two issues, we can at least enter a period of successful transactional diplomacy and national security policymaking with Ankara. There will be no close relationship as long as Erdogan is in power. But there need not, and must not, be anything akin to an adversarial relationship either.

Omer Taspinar and Michael O’Hanlon hail from the National Defense University and the Brookings Institution.