The Sino-American Competition Is Coming to Central Asia 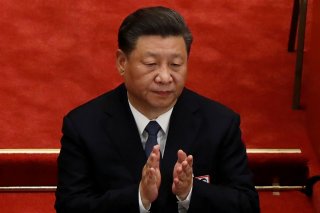 A new era of strategic competition is unfolding between Washington and Beijing.

Relations between the United States and the People’s Republic of China (PRC) have been on a downward trajectory for the past decade, propelled by increasingly divergent views of the global order. Even so, the bilateral relationship as a whole has witnessed a dramatic deterioration over the past two years driven by a host of issues, among them, growing resistance to unfair Chinese trade and investment practices, Beijing’s increasingly aggressive territorial claims in the South China Sea, and mounting awareness of the Chinese government’s campaign of systematic repression against its Uighur Muslim minority. More recently, China’s propaganda and political duplicity over its role in the outbreak of the coronavirus pandemic has helped to reinforce negative views of the PRC among the American public.

The results are striking. A recent poll by the prestigious Pew Research Center found that two-thirds (66 percent) of Americans now had a negative opinion of the PRC. Nearly the same number of those surveyed by Pew (62 percent) characterized Chinese power and influence as a “major threat” to the United States and its interests.

Such sentiments, moreover, are likely to last far beyond the upcoming U.S. presidential election. The Trump administration has made “great power competition” with China (as well as with Russia) a major tenet of its foreign policy, and that focus is guaranteed to endure if President Donald Trump wins a second term in office come November. But even if he does not, a new Democratic administration in Washington is likely to adopt a policy toward China that seriously addresses the multiple technological, economic and political challenges that the PRC now poses to American primacy.

In this emerging contest, Central Asia matters a great deal. Since its formal launch in 2013, China’s premier foreign policy initiative, known as the Belt and Road Initiative (BRI), has focused heavily on the region, and for good reason. By dint of their geographic position, the Central Asian states have the potential to serve as critical connectors between China and the global economy.

As the scholars Li-Chen Sim and Farkhod Aminjonov have explained, “The Central Asian region is ‘central’ to Beijing’s Eurasian ambitions to link China’s west to South Asia, the Middle East, and Europe,” because it is able to provide an overland corridor that—when fully developed—will help ferry Chinese goods to Western, African and Middle Eastern markets. As a consequence, China has become deeply involved in myriad projects spanning infrastructure, telecom and transportation in all five of the Central Asian states. According to the American Enterprise Institute’s China Global Investment Tracker, China has invested nearly $26 billion in the region since the launch of the BRI in 2013. Other estimates put that figure as substantially higher; nearly $60 billion in trade deals over the past seven years.

In turn, this economic involvement has played a vital—and largely positive—role in helping to propel the regional integration and connectivity that has emerged as a major focus for Central Asian governments over the past several years. It has also, at least temporarily, helped to mute regional outrage over China’s human rights abuses in nearby Xinjiang.

Of late, however, China’s presence has been mirrored by a burgeoning American interest. Historically, Central Asia has remained at the periphery of U.S. policy, serving as an appendage to Washington’s relations with Russia and as an adjunct to the U.S.-led “war on terror” in places like Afghanistan and Iraq. This, however, is now changing. Earlier this year, the Trump Administration released its formal Central Asia strategy, signaling publicly that Washington has at long last begun to look at the region seriously as a geopolitical center in its own right. American investment in the region has seen a corresponding quickening, as the U.S. government, pursuant to the 2018 BUILD Act, has allocated some $60 billion in loans, loan guarantees and insurance for countervailing ventures along China’s Belt & Road (including in Central Asia).

So far, regional states have been largely successful at balancing Beijing’s deepening involvement with this growing attention from Washington. But the intensification of Sino-American strategic competition suggests that this equilibrium is likely to be considerably more difficult to maintain in the future. Already, countries such as Israel and the United Kingdom have faced pressure to curtail their ties to China in the service of their strategic partnerships with the United States.

In the not-too-distant future, such conversations are liable to take center stage in Central Asia as well. How regional leaders navigate them will help to determine the nature of their ties to Washington, and their bonds with Beijing, in the years ahead.

Ilan Berman is senior vice president of the American Foreign Policy Council in Washington, DC. This article was featured as part of the digital proceedings of this year’s CAMCA Regional Forum (https://camcaforum.org).