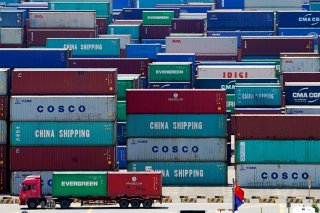 Napoleon famously remarked that when China awakes the world will shudder. Now that China’s economy has awoken and storm clouds are gathering over its economy, Napoleon might well have said that when the Chinese economy stumbles the world economic recovery will stutter.

There can be no doubt that China now constitutes a key part of the world economy. As a result of many years of consistently high economic growth, China is now the world’s second-largest economy and accounts for over 16 percent of world output. In addition, China has been the world’s main engine of economic growth. According to the International Monetary Fund (IMF), over the past decade, China has accounted for around one-third of that growth.

In recent years, China’s rapid economic growth has been a particular boon to the Latin American and African commodity-dependent emerging market economies in that it has contributed to a super-cycle in the international commodity market. It has also been an important driver of the economies of its Asian economic partners, of capital good exporters like Germany, and of coal and iron exporters like Australia.

One must now expect that if for any reason the Chinese economic recovery were to sputter, there would be major spillover effects to the rest of the world economy. No longer would the emerging market economies be able to count on buoyant international commodity prices to boost their economies. No longer too would China’s Asian economic partners, Germany, and Australia be able to count on China’s hitherto insatiable demand for their exports.

A slowdown in Chinese economic growth must also be expected to adversely impact the international financial markets. While it is true that China does not have large direct links to world financial markets, it could impact those markets by its indirect effect on world economic growth. This would seem to be particularly the case at a time that today’s very stretched world equity and housing markets are premised not only on the maintenance of ultra-low interest rates forever but also on the continuation of a strong global economic recovery.

It is not only that the Chinese property market has increased to as much as 30 percent the size of the economy or that property prices in major Chinese cities are now some forty times the average Chinese income. It is also that over the past decade household and corporate sector credit has increased by as much as 100 percent of GDP. That pace of credit expansion exceeds that which occurred in the run-up to Japan’s lost economic decade in the 1990s or to that which preceded the 2006 U.S. housing and credit market bust.

Historical experience with property and credit market bubbles of even a lesser size than that being experienced in China have generally ended in tears. It is difficult to see why China’s case will be any different. This would seem to be all the more so the case considering that the deflation of the Chinese bubble will be occurring at the same time that President Xi Jinping’s common prosperity program appears to be reversing some of Deng Xiaoping’s economic reforms that facilitated China’s economic miracle.

As the acute problems at Evergrande, the massive Chinese property development company would seem to be reminding us, it would not be too early for global economic policymakers to prepare themselves for the spillover effects to the rest of the world economy from such a Chinese lost economic decade.