The United States Needs a New Approach to Russia 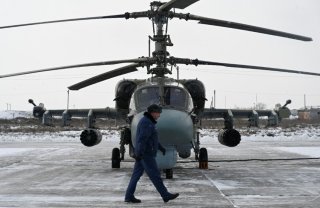 I have been spending the last several weeks absorbing an overwhelming amount of news, analysis, and commentary from American, European, Russian, and Ukrainian sources on next steps.

There are different courses of action that the United States can take, each with its own sets of risks and costs. In other words, there is no silver bullet solution that achieves all of America’s geopolitical objectives with no risk and at minimal costs. As someone who has argued against the “declinist” thesis with regard to Russia—that Russia lacks the capacity to impose costs on the Western alliance—I do not subscribe to the reassurances of those who confidently predict that Russia will simply back down when confronted by Washington.

Because the North Atlantic Treaty Organization (NATO) is a cumbersome, bureaucratic collective security arrangement with thirty members, slogans such as “admit Ukraine to NATO now” are non-starters. If Greece could keep out North Macedonia from the alliance for decades over a dispute regarding the name of the country, then getting twenty-nine other states to go along with granting Ukraine, whose fate does not affect the security of many NATO members, a Membership Action Plan (which itself would take years to fulfill) is fanciful. In 2008, when Russia was much weaker, the Bush administration could not overcome the objections of some of its closest European partners to start the process for Ukraine and Georgia. Today, when the risks are much higher, it is difficult to envision how those same states would somehow change their position. The nature of NATO’s liberum veto makes Ukrainian entry into the alliance a non-starter, for now.

The security guarantees contained in the 1994 Budapest Memorandum were never operationalized by either the United States or the United Kingdom. Indeed, in the aftermath of the 2014 annexation of Crimea and the stirring up of separatist activity in the Donbas, the U.S. Department of Justice’s Office of Legal Counsel determined that the Budapest Memorandum was neither a treaty nor a binding executive agreement. The Biden administration could remedy that deficiency either by concluding a security agreement with Ukraine (and concurrently raising Ukraine to the status of a non-NATO ally) or by asking Congress to ratify a security agreement with Kyiv. The United States could then ask London to do the same and invite other states (perhaps Poland and the Baltic states) to join the arrangement. While the United States might specify that it would not undertake any offensive action to recover lost Ukrainian territory, it could pledge to take all necessary means to prevent any further incursion into Ukraine.

As with the United Kingdom’s conflict with Argentina in 1982, and not dissimilar to understandings about the current Turkish defense agreement with Azerbaijan, or the recent Greek-French defense accords, the United States (and whatever partners might seek to join such a coalition) would have to formally eschew invoking NATO’s Article 5 mutual defense clause committing the rest of the alliance to action should the United States be required to take military action in Ukraine or face an attack on itself or its partners in carrying out the provisions of any security agreement with Ukraine. The question is whether such an arrangement would be a sufficient deterrent to Russia from engaging in any military action, given its home field and first-mover advantages, and given the likely difficulties of providing effective assistance to Ukraine if it cannot rely on other NATO members to provide help. Indeed, Turkey might close the Bosporus Strait to prevent the United States from entering the Black Sea, while, as in the 1986 U.S. operation against Libya, other NATO states might deny airflight or basing rights.

The Biden administration seems to have ruled out this option by declaring that the United States would not send combat forces to Ukraine, and the appetite in Congress seems to be for imposing sanctions on Russia rather than engaging in direct military action. At present, the United States and some of its allies (the Baltic states, Canada, and the United Kingdom, in particular) are limiting military aid to defensive provisions and the dispatch of trainers. The gray area here is whether the presence of a limited number of Western “train and equip” personnel constitute a credible tripwire or whether, in the event of Russian military action, injury to those soldiers or the destruction of Western military equipment would lead to any escalation. In 2008, for instance, during the Russian incursion into Georgia, the seizure by Russian forces of U.S.-supplied equipment did not trigger a further military response from Washington.

In short, security assurances depend on the willingness of the United States to back them up by being prepared not only to risk combat but even the possibility of nuclear escalation.

If a formal security agreement is not in the works, then the United States is much more likely to fall back on “warfare by other means,” specifically through the use of economic tools. With the support of the entire Euro-Atlantic community, punitive sanctions—especially on Russian energy exports—might be the best tool on hand. However, in the short term, there would be massive disruptions to European economies, and both the EU and the United States would have to suspend much of their environmental and climate agenda to restart coal-fired power plants, greenlight rapid approval for oil and gas production, and, more critically, override local objections to pipelines and the construction of LNG facilities. Every Western government would also have to be prepared to take the political hit for massive rises in energy prices. Overlooked throughout the timeframe of this crisis is that Russia is now one of the United States’ leading oil suppliers—in part because long-standing U.S. sanctions on Venezuela have forced U.S. refineries to substitute Russian-produced oil.

The reality is that the United States has largely exhausted the most effective sanctions it can deploy against Moscow at a minimum risk to its economic interests. Key allies, such as Germany, would have to be prepared to endure major economic losses in order to create real pain for Russia. Additionally, as recent reporting on China’s willingness to ignore U.S. sanctions on Iran demonstrates, Beijing might still help alleviate some of the sting for Moscow. The United States could damage Russia with punitive sanctions, but there is no guarantee that this would necessarily dissuade or deter Moscow.

At the same time, if the United States, in order to de-escalate the possibility for conflict, reverses its long-standing position enshrined in the NATO Freedom Consolidation Act (which President Joe Biden himself voted for as a senator in 2007)—that Ukraine has the right to seek membership in NATO and that it is U.S. policy to assist that application—then U.S. credibility and security guarantees, not only in Europe but around the world, might come under question. If, as Biden himself declared in Munich in 2009, that the United States will not recognize any privileged spheres of interest for any other power in the world, reversing that position under the threat of Russian coercive diplomacy in 2022 would be a major setback and confirm the assessment that U.S. power is declining.

In the Geneva, Brussels, and Vienna talks, the United States, by itself, and in concert with its NATO allies, and with its friends and partners in the OSCE, rejected Russia’s maximalist demands for a full-scale revision of the European security order. Yet, if acquiescence to all of Russia’s demands is not an option, but the United States is not prepared to risk a direct military conflict and its economic options cannot guarantee successful results, it suggests that Washington’s course of action moving forward will be a diplomatic sleight of hand: no formal acceptance of Russian demands, but ways to craft possible compromises and jury-rig solutions, between the United States and Russia, between Russia and Ukraine, and between the United States and its European allies. Despite all the predictions of an imminent Russian attack, a number of deadlines that were prophesied as the start of Russian military action have passed without incident. Talks and diplomatic contacts continue apace at all levels. Perhaps we are just waiting for the Lunar New Year and the close of the Beijing Olympics, but the sheer unpalatability of all three options should incentivize the United States to come up with a different approach.