U.S. Foreign Policy Restraint—What It Is, What It’s Not 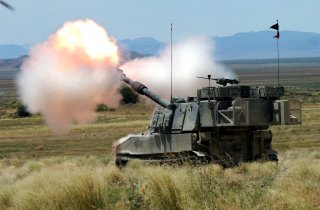 Restraint, a conception of statecraft, challenges principles that have shaped U.S. foreign policy for decades. Counterattacks are therefore unsurprising. They may even be a compliment, however inadvertent. The latest critique, by John Ikenberry and Daniel Deudney, two prominent self-declared liberal internationalists, appears in Survival, a global politics and strategy magazine published by the International Institute for Strategic Studies. Their analysis misunderstands and misrepresents restraint. Also, it exemplifies liberal internationalism’s obsolescence.

Deudney and Ikenberry tout liberal internationalism’s unmatched acuity and utility for the twenty-first-century world. The theory’s devotees, they aver, have exposed the superficiality of reducing international politics to state-centered balance of power competition. They have revealed the value of international law and institutions and human rights. They have discerned that interdependence reduces sovereign states’ freedom of action. Thanks to them, people are aware that global problems—like pandemics and climate change—necessitate collective action. For these blinding insights, the unenlightened owe them a debt.

Deudney and Ikenberry did not set out to provide a tutorial on liberal internationalism. Their true purpose was to pillory restraint’s architects, the “Quincy coalition,” which is their shorthand for the Quincy Institute for Responsible Statecraft, a think tank comprised of libertarians, realists, and progressives—“strange bedfellows” united solely by opposition to the Iraq War. Yet they tie this ensemble to Donald Trump’s denunciation of far-flung military interventions; disdain for international institutions, human rights, and international organizations; disavowal of the Paris climate change accord; and dismissal of arms control. Resorting to a smear belied by the evidence, they paint Trump’s “America First” foreign policy as a crude rendition of the Quincy coalition’s “core vision.”

They reassure us that the world has been returned to safe hands. Trump has departed. Joe Biden has arrived. Liberal internationalism has been resurrected. Toward the end, their essay resembles a job application to the new administration.

Theirs is a tidy (if turgidly written) tale, but that’s part of the problem. Their cartoonish portrayal of restrainers as troglodytes clinging to a nineteenth-century-style balance of power-based worldview is laughable. Ditto their supercilious claim that liberal internationalists alone grasp the significance of international law and institutions, interdependence, trans-border problems, and collective action.

So what, then, is restraint? Above all, it warns against hubris and urges modesty, an outlook influenced by Reinhold Niebuhr, who is scarcely a barn-burning radical. Niebuhr cautioned that the fusion of overweening power and grandiose self-conceptions can lead to disaster—and that the United States was not immune from this predicament.

True, most academic liberal internationalists didn’t cheer the Iraq war. But their outlook would never have been so influential had it been confined to the Ivory Tower or international relations journals read by a few hundred academics. In the event, it has dominated thinking on U.S. foreign policy. Moreover, it shares neoconservatism’s conviction that American primacy—which both deem desirable—can remake the world. Both camps assign the United States a special mission and irreplaceable role, the trope of every dominant power in history. Recall Madeleine Albright’s rhapsodic claim that “if we have to use force, it is because we are America; we are the indispensable nation. We stand tall and we see further than other countries into the future.”

This millenarian mindset has inspired serial social engineering projects, including democracy promotion, nation-building, and humanitarian intervention. The last of these has turned Libya into a disaster zone. Two governments and a renegade general vie for power. A galaxy of militias act without mercy or accountability. Human traffickers abound. Al Qaeda and the Islamic State were able to move in. And ordinary Libyans, those who were to be saved? Many thousands—nearly a thousand this year alone—have died while fleeing to Europe in makeshift boats or been killed by Libya’s relentless violence. Even after that debacle, some liberal internationalist plumped for another such intervention—in Syria,

Supporters of restraint, by contrast, warn against attempts to remake polities and societies about which Americans know little. They stress the limits of human knowledge and the ubiquity of the unexpected in politics. They highlight the toll taken by the post–9/11 wars on soldiers—a thin stratum of society given the replacement of the military draft with an all-volunteer force—and the absence of alternative forms of shared sacrifice given that these multi-trillion-dollar campaigns have been paid for with the national credit card, not tax increases. Meanwhile, the architects of the militarized social engineering missions in Afghanistan and Iraq have remained safe, on campuses or in well-appointed media, think tank, and government offices.

Advocates of restraint criticized these wars before Trump ran for the presidency. They warned that while the United States can decapitate governments easily, it would inherit the wreckage and get trapped in quagmires of nation-building. The failure, they added, would hurt the intended beneficiaries of rescue far more than the rescuers.

Now to the canard that restrainers ignore interdependence, transnational problems, and collective action. Anyone inclined to believe it can use the Internet and discover, in seconds, that they have written about the pandemic and climate change (including an entire book on the latter). They have also underscored the obstacles to the wise collective action liberal internationalists value and drawn attention to states’ abysmal record in cooperating to overcome these two threats.

Restrainers have not pooh-poohed arms control or the risk of nuclear war. They opposed Trump’s defenestration of the 2015 nuclear agreement with Iran. They favored the extension of New START. They opposed his exit from the 1987 INF Treaty. They condemned his threat to annihilate North Korea. They decried his profligate defense spending.

The charge that supporters of restraint seek, a la Trump, to dismantle U.S.-led alliances ignores an important distinction. Trump’s beef was that they didn’t run like protection rackets—that the United States was being shortchanged for its services: pay up and all will be well. By contrast, the restraint-based critique has challenged the shibboleth that Europe can’t defend itself, even though its combined GDP is twelve times greater than Russia’s GDP. The Soviet Union has collapsed and Europe and the Asia-Pacific region have emerged as major centers of economic power, but liberal internationalists apparently regard proposals for rethinking Cold War alliances as equivalent to arson.

Those who favor restraint are neither pacifists nor isolationists (the latter label is another common calumny). They understand that there are genuine threats to national security and that some may necessitate the use of force. What merits debate, however, isn’t whether force should be a means of statecraft but the purposes for which it should be used and not used. Here, the restraint coalition has opposed the open-ended anti-terrorism campaign that combines drone strikes and Special Forces operations in a series of unstable countries, while terrorist groups migrate from one venue to another.

Because the United States spends massive sums on military power, with nary any opposition from Congress, some restrainers have criticized the prevailing outward-looking thinking on national security, which excludes the quotidian hardships millions of Americans face as well as festering problems on the home front. Liberal internationalists haven’t thought deeply about this. Nor do they pause to consider whether voters’ disillusionment with the policies they recommend contributed, in some measure, to Trump’s unexpected electoral victory.

Deudney and Ikenberry imply that the “Quincy coalition” dismisses international law, global norms, and international institutions. But it doesn’t do that anymore than it belittles international trade, pandemics, or climate change—or the laws of gravity. Besides, the debate shouldn’t center on the silly question of whether these features of global politics matter but on how they should be managed to good effect.

Liberal internationalists’ paeans to “global governance” notwithstanding, climate change and the current pandemic demonstrate that the mere existence of international institutions as forums for cooperation won’t prevent stubborn forces, whether nationalism, sovereignty, selfishness, or sheer stupidity, from vitiating their vision. Although interdependence and global institutions can, in principle, foster cooperation on trans-national hazards, the trade and technology wars unfolding between the United States and China demonstrate that they can also be weaponized. The failure to anticipate the resurgence of nationalism, the retreat of democracy, and the revival of economic warfare make liberal internationalism, not restraint, antiquated.

Debates about restraint are certainly necessary, but they will prove more fruitful if its precepts are understood properly rather than misrepresented and caricatured.

Rajan Menon is the Anne and Bernard Spitzer Professor of International Relations at the Powell School, City College of New York/City University of New York, and a Non-Resident Fellow at the Quincy Institute for Responsible Statecraft.