What Does Bucha Mean for Russia’s Relations With the West? 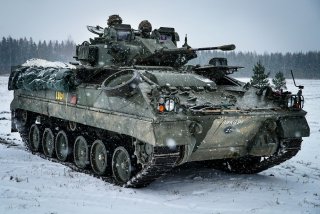 Ukrainian authorities have accused Russian forces of perpetrating a “deliberate massacre“ in the Kiev suburb of Bucha while the city was under Russian occupation. The Kremlin has repeatedly denied the allegations. Foreign Minister Sergey Lavrov claimed on April 4 that the attack had been staged, saying that evidence of the killings had emerged four days after Russian forces vacated the city on March 30. The Russian Defense Ministry posited that the Ukrainian military shelled Bucha shortly after the Russians left and that the victims in question were likely killed by Ukrainian airstrikes. The Kremlin further points to a video published on March 31 by Bucha mayor Anatoly Fedoruk that reportedly confirmed there were no Russian troops in the city and made no mention of any possible massacre.

According to information recently obtained by Der Spiegel, Germany’s Foreign Intelligence Service has intercepted Russian radio traffic in northern Ukraine that could shed new light on the Bucha incident. The intercepted traffic allegedly matches the locations of several of the bodies found along one of Bucha’s main roads, seemingly suggesting that these killings took place while Bucha was under Russian occupation. German intelligence sources reportedly added that the suspected killings, rather than the result of poor discipline or frustration among local troops, is part of a concerted terror campaign: “the intention is that of spreading fear among the civilian population and thus reducing the will to resist,” Spiegel wrote.

As Russia and Ukraine continue to trade accusations over wartime atrocities in Bucha, there is only one thing that could set the victims on a path to justice: a full and impartial international investigation, negotiated on terms acceptable to both parties and overseen by a group of neutral observers.

If Moscow is, as it says, being framed by the West for crimes its military did not commit, then Russia would presumably welcome a full and impartial international investigation into the Bucha incident; indeed, as the party most invested in clearing its name, it would be actively calling for such an investigation. Those calls have instead come from everyone except Russia, including German chancellor Olaf Scholz, UN secretary-general António Guterres, and the Pope. The Kremlin, meanwhile, has repeatedly demanded an emergency session of the UN Security Council over Bucha—not to discuss the terms of a probe into the atrocities, but apparently to denounce Ukraine and the West. “Today, Russia will demand once again the UN Security Council meet in session to discuss criminal provocations by the Ukrainian military and radicals in that city,” said Russian Foreign Ministry spokeswoman Maria Zakharova earlier this week.

Kremlin spokesman Dmitry Peskov deflected again when asked about a possible Bucha probe on Thursday, countering that Moscow is interested in what he described as “a fair investigation of all possible war crimes in Ukraine.” Is it? So far, there has been no sign that Moscow wants a real investigation to take place.

By contrast, the chairman of Russian aluminum giant Rusal, Bernard Zonneveld, called for an investigation over Bucha on Friday. “We support an objective and impartial investigation of this crime and call for severe punishment for the perpetrators,” said Zonneveld. “We all wish an early end to this fratricidal conflict, which destroys lives, families and entire cities. And we want those responsible for such crimes to be punished appropriately.” But there is nothing to suggest that Zonneveld’s statement on the necessity of a probe is in any way reflective of the Kremlin’s official stance; Rusal, a major player in the global aluminum market, could merely be trying to insulate itself from potential Western sanctions.

The Bucha accusations spurred a new wave of measures against an expanded list of Russian elites, Putin’s daughters, and Sberbank, Russia’s largest financial institution. For the first time since the start of the war in Ukraine, Congress introduced its own sanctions package on Thursday formally revoking normal trade relations with Russia. The action is largely symbolic, given the miniscule trade volume between the two countries. But whereas the Biden administration’s slate of executive sanctions on Russia can be lifted relatively easily, experts say the suspension of permanent normal trade relations with Russia will be difficult to reverse. The Congressional trade ban came shortly on the heels of a decision by the United Nations General Assembly to suspend Russia from the UN Human Rights Council, a move intended to further isolate Russia from global institutions.

The architects of the mounting Western sanctions regime against Moscow made clear at the outset of the war that their intent was to destroy the Russian economy; or, as one U.S. official put it to Axios, to return the Russian people to “Soviet-level” living standards. But unless the purpose is simply to avenge Ukraine, destroying Russia’s economy cannot be a goal in and of itself—there must be an underlying policy objective. That objective is becoming increasingly obvious: over one month into the war, there is a growing belief in Washington that Ukraine can win. “Of course they can win this,” said Pentagon spokesman John Kirby. “The proof is literally in the outcomes that you’re seeing everyday ... absolutely they can win.”

It appears, then, the goal is to mount an economic and political maximum-pressure campaign against Russia while keeping the war going for as long as possible with continued arms shipments and other forms of military aid to Ukraine. If Ukraine’s armed forces can eventually turn the tide to the extent of being able to mount a counteroffensive into the Russian-aligned separatist Donetsk and Luhansk People’s Republics (DPR and LPR), Russia would potentially be dealt a humiliating defeat in a war it was widely expected to win. From the Crimean War to the Russo-Japanese War and World War I, major battlefield defeats have historically been accompanied by periods of internal instability for Russia. This sequence of events would put Washington’s Russia hawks within a hair’s breadth of a goal that had eluded them since at least 2014: regime change in Russia.

But what would come next? Russia’s population has been overwhelmingly mobilized in support of the war in Ukraine; anti-Western sentiment, catalyzed in no small part by sanctions that would impoverish not Putin or his inner circle, but the average Russian, is soaring to new heights. There is nothing to suggest that Putin’s successor, whether democratically elected or brought to power through popular unrest, would be more inclined toward compromise with the West. All available indications point in the opposite direction. To the extent that there is a viable opposition movement waiting in the wings, their core argument is that Putin is not nearly aggressive enough in confronting the West and reconstituting Russia as a great Eurasian power.

Nevertheless, regime change remains a distant prospect; in the short to medium term, Putin will continue to respond to Western sanctions and aid to Ukraine by intensifying the Russian war effort until he succeeds in imposing a military solution.