Why Joe Biden Must Engage China 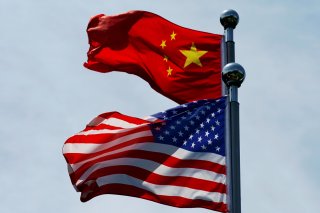 JOE BIDEN’S hands are tied. Even if he wants to shift course and adopt a more moderate or nuanced policy towards China, he won’t be able to do it. A massive bipartisan consensus against China has developed in the American body politic. With Donald Trump receiving over 70 million votes, and Republican gains in the House, the Republicans don’t feel chastened. They feel energized. They will pounce on Biden if he appears soft on China.

Biden must therefore keep up his sharp rhetoric on China. His speeches must continue with a tough line. Yet, underneath that negative public rhetoric, he must explore for opportunities to meet some of his key goals, to jumpstart the American economy after Covid-19 and to chip away at the solid Republican base that Trump has accumulated. If he is careful, shrewd and calculating, he will find that an economically vibrant China offers a wealth of opportunities that no other country can offer.

Trump was dead wrong about the trade war with China, especially when he said “Trade wars are good, and easy to win.” The U.S. trade deficit with China barely went down, from $375 billion in 2017 to $345 billion in 2019. There is evidence that China exporters gamed the system by shifting exports to the United States from other destinations like Vietnam. Hence, Vietnam’s exports to the United States surged from $49 billion in 2018 to $67 billion in 2019. Biden was quite right when he recently wrote in Foreign Affairs that the trade wars that President Trump launched were “ill-advised.” He continued,

“The wrong thing to do is to put our heads in the sand and say no more trade deals. Countries will trade with or without the United States. The question is, who writes the rules that govern trade? Who will make sure they protect workers, the environment, transparency, and middle-class wages? The United States, not China, should be leading that effort.”

Trump’s trade war was a boon for China in many ways. It strengthened the support for Xi Jinping’s government, in a traditional rally round the flag tendency seen in most countries. Equally importantly, it helped to trigger the new strategy for a “dual circulation” economy, which will make the Chinese economy less dependent on the U.S. economy. All this could have been anticipated. The fact that it wasn’t reflects a key point I emphasized in my book Has China Won?: America’s basic disadvantage in dealing with China is that it lacks a comprehensive strategy.

Here’s a simple example of how shrewd strategic thinking can help Biden. The most vulnerable part of Trump’s political base is the farming lobby. The farmers have suffered grievously from Trump’s hamfisted trade wars, with agricultural exports from the United States to China falling from $19 billion in 2017 to $14 billion in 2019. Trump tried to cushion their pain by stepping up agricultural subsidies to the farmers from nearly $12 billion in 2017 to over $22 billion in 2019. According to NPR, “According to studies by several independent economists, the USDA is paying farmers roughly twice as much as the actual harm that they suffered from the trade war… Thousands of farmers got more than $100,000 each.” According to The New York Times, “Moreover, critics, including both Democrat and Republican lawmakers, have argued that small farmers have missed out on the bulk of the bailout, while large and some foreign-owned farms have benefited.” At a time when America’s federal deficit has soared, from $585 billion in 2016 to $984 billion in 2019, it flies in the face of fiscal realities to step up elementary subsidies. The potential market for American agricultural exports to China remains enormous. Here’s one mind-boggling statistic that illustrates how fast the Chinese market is growing. In 2000, Brazil exported to China $1 billion. By 2020, it was exporting $1 billion every seventy-two hours, an increase of fifty times over twenty years. If American farmers could grow their exports to China as fast as Brazilian farmers have, they would become enthusiastic supporters of Biden. Ironically, this could be Biden’s “trump” card.

China would be willing to send an olive branch to Biden by stepping up agricultural imports from the United States, especially when it is trying hard to reduce dependence on Australian agricultural imports. Of course, this would have to be part of a careful unwinding and de-escalation of the trade war with China. Fortunately, even though Biden will be attacked for deescalating the trade war, the positive benefits to the American economy, especially to key constituencies like the farming lobby, could help to protect Biden.

Unlike the facilitation of agricultural exports to China, it will be enormously difficult for Biden to remove some of the restrictions on technology exports to China that the Trump administration has put in. The hawks in the deep state would pounce on him. Yet, while maintaining his tough rhetoric on China, Biden could take some symbolic steps that would generate enormous goodwill in Beijing without much political uproar domestically. Most Americans are not aware that the Trump administration has put in an extradition request for Meng Wenzhou, the daughter of the founder of Huawei, from Canada. A small wink from Washington, DC could encourage Canada to allow her to return to China. The potential rewards for the Biden administration could be significant as the Chinese government has felt deeply wounded by this extradition request, reminding them of the Century of Humiliation they suffered with the extra-territorial application of Western laws on Chinese soil.

In short, if the Biden administration were to attempt a complete reboot of American strategy towards China, it could chart a new path, demonstrating public toughness and firmness, where necessary, while picking up concrete benefits for the American economy and chipping away at Trump’s political base. In the process, it will also find a more intelligent and thoughtful strategy towards China that would bring back many of America’s allies and friends. As the former Indonesian ambassador to the United States, Dino Djalal, said, “Today, Southeast Asians want to get along with the U.S. and China, but they also want the U.S. and China to get along, at least in their region. Is that too much to ask?” He added, “We don’t want to be duped into an anti-China campaign.”

Kishore Mahbubani is a Distinguished Fellow at the Asia Research Institute, National University of Singapore and the author of Has China Won?: The Chinese Challenge to American Primacy.