Why Russia Is Getting Ready to Invade Belarus 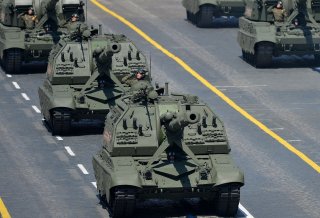 Belarus continues to amaze.  After twenty-six years of seemingly stable leadership, Alexander Lukashenko’s regime may be on the rocks. Public demonstrations have rattled the country  ever since Lukashenko tried to steal Belarus’s presidential elections on August 9. A major crackdown—the arrest of thousands, the widespread use of torture—has thus far failed. It is not clear that Lukashenko’s security forces are able or willing to do what is necessary to restore order to the country.  This has prompted Lukashenko to appeal to Vladimir Putin.

According to the Belarusian strongman, he reached an agreement with Putin that will allow Russia to  intervene in Belarus to end the unrest. Moscow has confirmed that the agreement exists. Lukashenko is hoping that this threat will improve the morale of his security forces and persuade protesters to stand down. He is renewing his efforts to steel his forces and end the protests.  But it is unclear how this will turn out.

This poses a major problem for the Kremlin.  Lukashenko’s Belarus has long been a key member of the Eurasian Economic Union—a major priority for Putin, and a reliable defense partner in the Collective Security Treaty Organization, which borders NATO and is not far from the Russian enclave of Kaliningrad. While Putin and Lukashenko have maintained an uneasy relationship,  Putin considers it anathema that a public uprising would remove an “elected” leader.  Thus, Russia will ensure that the regime in Belarus remains in power. At the moment, Lukashenko is in the difficult position of having launched a violent crackdown that has not succeeded. His legitimacy is shot and he still does not have control.

The Belarusian people, moreover, have no strong tradition of anti-Russian activity or attitudes. The opposition is not looking for NATO or European Union membership. It is also true, as lead opposition presidential candidate Sviatlana Tsikhanouskaya has said, that the rallies are completely homegrown and lack Western influence. Unlike Ukraine’s EuroMaidan protest, EU flags are not welcome at the rallies. Indeed, another opposition leader, Maria Kolesnikova, has even said that it is too soon for the EU to impose sanctions on Belarusian officials involved in the crackdown.

A Russian invasion to prop up Lukashenko or to install a Lukashenko lieutenant would change the attitude of the Belarusian people. Moscow’s seizure of Crimea and its aggression in Donbas served to consolidate a sense of Ukrainian nationhood in opposition to Kremlin aggression. There would be a similar impact on Belarus. And while Putin does not like to see authoritarian leaders forced to leave by demonstrations, he accepted the departure of Armenian prime minister Serzh Sargsyan in 2018 after mass demonstrations led by Nikol Pashinian, who was then elected prime minister.

There is no reason to doubt that Russian troops would be able to establish control.  Still, that will not be easy to achieve. There is no central leadership in Belarus that can be decapitated or co-opted. Demonstrations continue not just in Minsk but in many cities across the country. The impetus is often grassroots. So Moscow would have to deploy tens of thousands of troops, if not more, across the entire country. Pacification would likely involve the detention of tens of thousands and many casualties.

The information fog that allowed Moscow to stealthily occupy and take Crimea and start its covert, hybrid war in the Donbas has lifted. A Kremlin invasion of Belarus and its consequences would be fully reported by social media in that country. Russian forces would look just as ugly on social media as President Bashar al-Assad’s troops did as they cracked down on protesters at the start of the Arab Spring in Syria. Of course, the Russians and the Lukashenko regime could shut down the Internet, but that would be a temporary measure. Also, it would merely complicate the opposition’s efforts to report on the violence.

Putin must also take into account the situation in Russia. For six weeks, demonstrations against the arrest of popular governor Sergei Furgal have rocked Khabarovsk. In recent weeks, the demonstrators have targeted Russia’s federalist system, which enables the Kremlin to maintain firm control at the regional and local levels. Many cities in the Far East and Siberia have witnessed sympathy demonstrations.  And over the past two weeks, demonstrators in Khabarovsk have expressed solidarity with their counterparts in Minsk. Additionally, the poisoning of opposition leader Alexei Navalny while he was in Siberia organizing for regional elections is an indication that the Kremlin is nervous about the demonstrations and their possible impact on the regional elections. But also, it leaves on the sidelines a powerful critic who could offer the Russian people a skeptical narrative if the Kremlin decides to intervene in Belarus.

Thus far, Moscow has not cracked down on the demonstrators in Khabarovsk beyond detaining some of their protest leaders for days at a time. Putin must consider the unpredictable consequences in Khabarovsk and elsewhere when dispatching troops to Belarus. Might a crackdown in Belarus spark disorder in Khabarovsk? Does Putin want his troops committed to Belarus if things in Khabarovsk spin out of control? Also, of course, it is also true that hawks in the Kremlin might argue that the use of force in Belarus would intimidate protestors in the Far East.

All of this suggests that Putin will give Lukashenko some time to reestablish order. On  August 19, Belarusian authorities threatened action against opposition leaders and, on August 20, prosecutors opened cases against them. And the reports that Belarusian troops are massing near Grodno, which is also beset with protests. This may be a prelude to a renewed crackdown. The appearance of St. George’s flags—associated with Moscow’s not-so-covert war in Donbas—at the small pro-Lukashenko rallies in the past two days may also be a warning Moscow is losing patience.

At this point, many possibilities remain open. But if Lukashenko insists on staying in power and his own means are insufficient to ensure success, then Moscow will be faced with a difficult choice.

U.S. policy must consider all these nuances as it seeks to prevent bloodshed in Belarus and encourage a peaceful transfer of power from Lukashenko.  In this regard, the administration should support the efforts of EU Foreign Ministers to mediate a transition. The Administration and Congress are considering sanctions on Belarusian officials involved in the crackdown. That makes sense and should be coordinated with similar EU sanctions that have been agreed in principle.

But none of this addresses the danger of a Kremlin intervention. The best card here is to outline sanctions the United States would impose on Russia were it to dispatch troops to Belarus. Such sanctions could be imposed under existing legislation and could target Russian sovereign debt issuance, or another Russian state bank. The United States could also increase restrictions on the export of dual-use, cyber or energy technology. The purpose is not to impose new sanctions but to use the threat of new sanctions to deter an invasion. But the United States has to be able to act on whatever threat it makes, so sanctions need to be strong enough to sting but not so strong that the United States would prefer not to pull the trigger. One way to do that would be to develop separate Belarus sanctions authorities by executive order rather than legislation due to time constraints.

There is some interest in this tactic on Capitol Hill. The administration should look at ways to make the threat of this sanction happen; and both the administration and Congress should reach out to Europe to coordinate on this measure. But the United States should be ready to act alone if the EU is not willing to do so. Using sanctions as a deterrence is smart.

John E. Herbst is the director of the Eurasia Center at the Atlantic Council and a former U.S. ambassador to Ukraine.