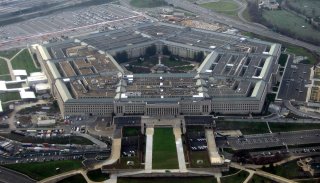 Heidi McCarthy had just walked into her home when the crack of a handgun sounded outside. Her husband, Matt McCarthy, had shot himself. Just moments before, they had been sitting together drinking in the summer evening; now, she would administer aid to him until emergency medical technicians arrived.

By the time of his death, McCarthy had left the military. But multiple tours to Afghanistan and Iraq as a bomb tech in the Army would haunt him to the end. After his first suicide attempt, Heidi encouraged him to seek help from the Department of Veterans Affairs. However, McCarthy would not find what he needed. “They did not diagnose him with PTSD and I promise you that everybody that’s close to him would tell you that he should have been diagnosed with PTSD,” she said.

On average, eighteen veterans commit suicide per day. Heidi, in other words, likely did not grieve alone that night.

Apart from staggering suicide rates, many internal problems should keep military leaders up at night. Indeed, leaked data published online in 2019 showed that 84 percent of women and 30 percent of men failed the Army Combat Fitness Test. However, these troubling trends appear to take a back seat to the important work of clapping back at civilian critics.

Recently, Fox News show host Tucker Carlson committed the sin of scrutinizing the military’s general embrace of a “woke” perspective. “So we’ve got new hairstyles and maternity flight suits,” he said, referring to updated Army and Air Force hair regulations. “Pregnant women are going to fight our wars. It’s a mockery of the U.S. military.” Put simply, he believes the Pentagon has the wrong priorities—and he’s right. Consider that since 2016, the military has also spent roughly $8 million on hormone therapy and surgical treatments for 1,500 transgender troops. How does this prepare America for a seemingly inevitable confrontation with China?

The official Twitter account of the II Marine Expeditionary Force called Carlson a “boomer” for his criticisms. When a random person replied that perhaps the Marines should focus their attention on China rather than insulting civilians, the account responded: “Come back when you’ve served and been pregnant.” The tweets were subsequently deleted.

Sergeant Major of the Army Michael Grinston, Army Gen. Paul Funk II, and other senior leaders also dogpiled the Fox News host showing that it’s actually quite alright to engage in politics while in uniform—so long as it’s the correct kind of politics.

“We’ve seen senior military leaders use social media in a completely new way within the past year,” Martina Chesonis, spokeswoman for the Service Women’s Action Network, told the Military Times. “Seeing senior military leaders address Tucker Carlson’s comments on pregnancy in the military so quickly and so directly is really validating, honestly.”

The military sees none of this as problematic and doesn’t have an issue telling civilians that they are essentially subordinates. Intimidating civilians is also on the table.

On Jan. 15, Rep. Michael San Nicolas (D-Guam) marched a platoon of National Guard troops to the Washington, DC, office of Rep. Marjorie Taylor Greene (R-Ga.). In an address at this year’s Conservative Political Action Conference, Greene suggested American tax dollars shouldn’t fund the business of empire. “We believe our hard-earned tax dollars should just go for America, not for what? China, Russia, the Middle East, Guam, whatever, wherever,” she said. For what it’s worth, the island is currently exploring independence, free association, and statehood.

Turning soldiers against political opponents in a wildly unconventional way, in the nation’s capital no less, resembles what some might call an insurrection, depending on how one defines an “insurrection” these days. Again, it all depends on a person’s politics, and Greene’s views put her squarely on the wrong side of history. The Military Times reported that “National Guard officials are insisting that a march on a controversial congresswoman’s office by a large group of uniformed members wasn’t a political statement but instead an effort to raise awareness about their operations.” It’s worth noting that the Pentagon rejected former President Donald Trump’s request for troops at the border to help protect Customs and Border Protection agents dealing with a group of Central American migrants.

The absurdity of all this belies vicious realities with disturbing implications.

On March 12, the Army News Service published a story written by Thomas Brading about the efforts of Col. Timothy Holman, the Army’s “chief diversity officer,” to “eradicate extremist behaviors and activities.”

“As an engineer officer, there were many times Holman served as the only Black officer leading white Soldiers, who looked like the individuals who once oppressed him,” the Brading wrote. “Over the years, the Army, as well as the nation, has made great strides with diversity,” Holman told Brading, noting that “the Army must invest in teaching Soldiers that what they may have learned at their house, or the environment from which they came, may not comport with the Army values.”

This news follows the Army’s application of screening to ensure ideological hygiene among troops, supposedly to root out extremists after the Jan. 6 riot at the U.S. Capitol. Some officials are more candid about what that means: purge individuals aligned with Trump’s “America First” ideals.

“We’re not talking about half a dozen people,” Thomas Kolditz told Fortune on Jan. 8. Kolditz is a retired Army brigadier general who now runs the Doerr Institute for New Leaders at Rice University. “We’re probably talking about thousands across the Department of Defense,” he said. “Many of them will have already run their mouth, put things on social media.” Presumably, he means that should make it easy to identify and deal with them.

Ironically, Kolditz chastises pro-Trump officers for taking what he considers to be inappropriate, public political stances. It’s their responsibility, he says, “to remain politically unbiased and independent in the way they execute their duties. That includes not making statements that their subordinates might see on social media or otherwise publicly. For an officer, stating a preference is almost giving an order.” Now there’s an interesting thought.

Kolditz, at any rate, is right that the individuals the military considers extremists-in-waiting are mostly white Republican men—just as the corporate world does. Therein lies a fundamental problem that is only starting to come into view with its implications.

Surveys show white male Republicans, especially those without a college education, are more likely than any other group to feel “extremely proud to be Americans.” Thus, the military is treating the group that tends to feel the most patriotic as the main source of “extremist behaviors and activities” within its ranks. Instead of making the military a more unified, effective fighting force, it could cultivate a culture of distrust, resentment, demoralization—and ultimately, division.

What could cause the military, as an institution, to make such an obscene and bizarre turn? The simplest answer lies in viewing the military not as an apolitical, sacrosanct institution set apart from the rest but as part of the military-industrial complex.

A Project on Government Oversight investigation found that from 2008 to 2018, nearly four hundred high-ranking Department of Defense officials and military officers transitioned into the private sector to become lobbyists, board members, executives, or consultants for defense contractors. The military is effectively a pipeline to influence-peddling in the corporate world for senior officers. It’s no secret that companies like Raytheon, Lockheed Martin, and Boeing have embraced the pieties of diversity and inclusion, in part, to rehabilitate their industry’s image. President Joe Biden’s secretary of defense is illustrative.

Lloyd James Austin III, a former Army four-star general, is the first Black man to serve as America’s secretary of defense. He also sat on the board of Raytheon, receiving $1.4 million in compensation since 2016 after he retired from the military. The media appeared to fawn over Austin as he, on cue, pledged to root out racists and extremists from the military. We can’t keep America safe, he said, if “enemies lie within our own ranks.”

Among the Biden administration’s first military sales was an $85 million order of missiles to Chile to be produced by Raytheon.

It ultimately matters little if men like Austin or Funk genuinely believe in the tenets of progressivism. What matters is that they pay lip service to them at all. Because, as Kolditz put it, “stating a preference is almost giving an order.” And in time, if the cynic plays the part long enough, he might become a true believer.

“From the point of view of the theory of the ruling class,” wrote political theorist James Burnham, “a society is the society of its ruling class. A nation’s strength or weakness, its culture, its power of endurance, its prosperity, its decadence, depend in the first instance upon the nature of its ruling class.” If the military has taken an institutional left turn, then it is because that is the general direction that America’s ruling class is going, and whether its affections are cynical or sincere is irrelevant to the consequences this has for the rest of society.