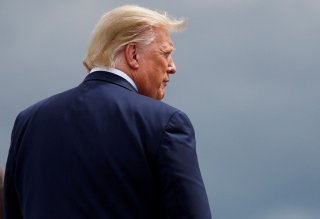 President Donald Trump and Democratic nominee Joe Biden will make their first appearance together at the presidential debate Tuesday night, with both candidates under enormous pressure as national polls indicate a seething race for the White House.

The debate is expected to cover contentious topics like the coronavirus pandemic, the Supreme Court nomination, and the economy, according to the Commission on Presidential Debates, but it’s also likely that Biden will swipe a few jabs at the president over whether he’s avoided to pay federal income taxes.

A bombshell released by the New York Times Sunday evening uncovered that Trump paid no income taxes for ten of the fifteen years prior to getting elected in 2016, and just $750 in 2016 and $750 in 2017. The report detailed Trump’s finances that rang the alarm about the potential financial loopholes taken to lessen his federal income tax bill. The records discovered that Trump owes $421 million in loans and other debt, with nearly 71 percent of it due during his second term in the White House, if elected in November.

Democrats jumped at the chance to plunge into the president after the report was published, and the Biden campaign seized the opportunity to fundraise off of the tax revelations by selling stickers, T-shirts and buttons that say “I paid more income taxes than Donald Trump.” The campaign also broke a virtual “Trump tax calculator” and an ad via Twitter that compared a number of U.S. taxpayers and their respective income tax burdens to the federal income taxes paid by Trump during his first year in office.

While Trump dubbed the findings as “totally fake news,” Republicans close to the president haven’t said a word. Trump also took to Twitter to blast the publication for its explosive unraveling, adding that he’s the “only President on record” to deny his salary, even though Herbert Hoover and John F. Kennedy rejected theirs.

“The Fake News Media, just like Election time 2016, is bringing up my Taxes & all sorts of other nonsense with illegally obtained information & only bad intent,” he tweeted. “I paid many millions of dollars in taxes but was entitled, like everyone else, to depreciation & tax credits.”

As polls show a tightening race, this could be a five-yard advantage for Biden in a game of political football.

“I think it contributes to this larger sense that we have from Donald Trump that he looks down on working people,” Biden’s deputy campaign manager Kate Bedingfield told CNN on Sunday.

In the first debate, Biden could contrast the perks of being wealthy to those in the working-class or in blue-collar jobs. The former vice-president’s ability to use Trump’s unfair tax bill effectively could allow him to reach those who get crushed in federal income taxes and have been struggling financially to make ends meet, especially during this time of economic uncertainty, while Trump cashes his business’ paychecks and avoids paying his federal income dues.

Trump has consistently rejected voluntarily releasing his tax records for years, becoming one of only two presidents—him and Gerald Ford—to do so.

Although the reports frame Trump to not appear to be the successful businessman that he insists he is, experts say that the revelations probably won’t sway supporters who have already made up their minds.

“We know the vast majority of Americans long ago made up their minds about President Trump, either for or against him, so the tax revelations are not likely to shift the election in any fundamental way,” Whit Ayres, a Republican pollster, told the New York Times. “That said, they could play a role in giving Joe Biden some ammunition for the debate and at the margins for some people who feel that $750 is not enough to pay in taxes regardless of the circumstances.”

Trump could, however, swerve around the topic and stress how Biden’s plans seek to raise taxes on Americans. But this isn’t just a minimal issue for voters, especially as millions of Americans have been financially impacted in some way due to the pandemic.

Or, the president can embrace the findings and suggest that he’s “smart,” like he did during the 2016 presidential debates against then-Democratic nominee Hillary Clinton.

“So you’ve got to ask yourself, why won’t he release his tax returns?” Clinton said at the debate. “Maybe he doesn’t want the American people, all of you watching tonight, to know that he’s paid nothing in federal taxes.”

“That makes me smart,” Trump shot back.

Although the issue isn’t a pre-planned topic of debate, it’s unlikely that Biden won’t snatch a chance at shoving the president, considering the former vice president paid nearly $3.7 million in federal income taxes in 2017.

The debate will be held on Tuesday night at 9 p.m. Eastern at Case Western Reserve University in Cleveland, with Fox News’ Chris Wallace as the moderator.