Aircraft Carriers Have a Choice: Adapt or Die (Like a Battleship) 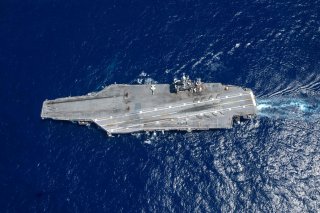 Key point: Anti-carrier technology keeps advancing and the Pentagon must keep up.