The Big Democratic Presidential Debate Starts at 9PM: Look For These 5 Things 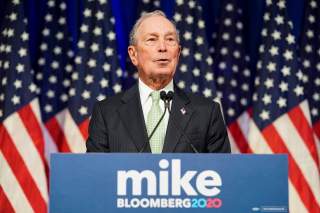 For four months Michael Bloomberg has run an almost perpendicular campaign, separate from his competitors. Tonight, they’ll engage for the first time, when the hammer will hit the metal.

Here are five things to watch for in tonight’s debate:

1. The most important thing to monitor will be the performance of Bloomberg, who has been gaining headlines and momentum for more than a week. The former mayor has not been involved in a debate since 2009 when he ran and was elected to his third term. In contrast, his competitors have nearly eight months of immediate experience preceding tonight. Bloomberg, worth over $60 billion, is known for a short temper and isn’t used to forums where he faces push back. His staff has been trying to prepare him for the grilling to come and are ready to set expectations low.

2. The next test will be which direction politically Bloomberg swings. Outside of gun control, environmentalism, and perhaps nanny state laws, his political positions are not well known to most Americans. He’s gotten flack from progressives in the past two weeks due to previous comments regarding black crime rates and transgenderism.

Will the former mayor apologize and retract his statements, or will he reject the new Democratic mantra about race and gender? It was also theorized that Bloomberg was running to explicitly prevent the kind of progressive economic policies championed by Elizabeth Warren and Bernie Sanders. But his new financial reform proposal for Wall Street is very Warrenesque. Will Bloomberg play the moderate or progressive tonight?

3. Whichever direction Bloomberg takes on race, you can bet it will be addressed. And it’s likely to be brought up by Joe Biden, who despite his flagging campaign retains a strong plurality of black support. Expect the former vice president to attack the policy of stop and frisk and Bloomberg’s claims about having a strong relationship with former President Barack Obama.

4. Elizabeth Warren is going to try to get breathing room. After a very poor showing in the New Hampshire primary, Warren is looking for a strong performance to recatapult her towards the front of the pack. In the last debate, she was in the bottom half for speaking time. She’s promised to involve herself much more in the conversation tonight.

5. Buttigieg’s and Klobuchar’s second and third-place finishes in New Hampshire have hit a ceiling due to Bloomberg taking up so much air in the moderate lane. Expect both candidates to assert themselves against the New Yorker’s record, and explain why they’re the superior candidate.