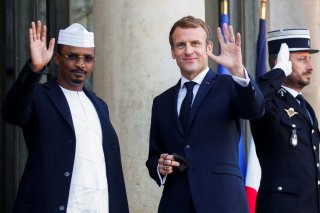 Nearly two dozen Chadian rebel groups walked out of peace negotiations with Chad’s government in Doha, Qatar, on Saturday, arguing that the actions of Chadian leader Mahamat Idriss Deby had endangered the country’s efforts toward peace and made the rebels’ further participation in the talks untenable.

The walkout occurred after Deby announced his decision to schedule the country’s upcoming “national dialogue” for late August, in a move that opposition leaders claimed would exclude them from talks.

Deby gained control of Chad in April 2021 after his father, longtime Chadian leader Idriss Deby, was killed in action while personally leading the Chadian army against rebels in the country’s sparsely populated north. Although the constitution at the time stipulated that the vice president would become president, the military announced after the elder Deby’s death that the constitution would be suspended and the elected government dissolved, with the younger Deby ruling the country as the head of the “Transitional Military Council.” The military nominally vowed to return power to a civilian government within eighteen months, but it has so far done little to suggest plans for a transition, such as scheduling future elections.

Deby’s announcement of the dialogue was framed by Chadian officials as the first step towards the power transition, intended to restore peace in the country as a precondition for a vote. Although rebel groups were nominally invited to participate in the dialogue, Deby’s government first required them to meet a series of conditions—leading to the ongoing but recently disrupted set of preliminary negotiations in Qatar, which have continued since March without substantial steps toward an agreement. Prior to the walkout, a joint statement issued by several rebel groups had accused the government of engaging in “harassments, intimidation, threats, and disinformation” during the Doha talks.

Pressure has mounted on Deby in recent months to proceed with a settlement with the rebels. Most notably, France, Chad’s former colonial power and its main security partner, has pushed Deby to reach an agreement. Paris continues to have an active military presence in North Africa and the Sahel, and French officials have warned that instability within Chad could worsen regional dynamics, including an ongoing multi-sided Islamist insurgency in neighboring Niger, Nigeria, Mali, and Burkina Faso.

The Deby family has ruled Chad since 1990, when Idriss Deby seized power from the former leader and convicted war criminal Hissene Habre in a military coup. During his rule, the elder Deby was accused of widespread human rights violations and authoritarian political practices, but he remained a close ally of France and the United States until his death.