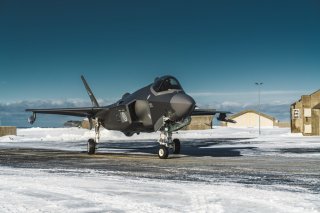 With the war in Ukraine and Europe’s ensuing plans to develop its own unified defense force, we are reminded daily why it’s important for the United States to encourage its European allies to stick with the F-35 acquisition program.

Yet current proposals in America to replace the F-35 Lightning II’s propulsion system with an entirely new engine would require an additional supply and logistics chain for the newer jets. While European countries do not have a unified policy on F-35 purchases, the resulting impact on cost and efficiency caused by an engine replacement may still seriously impede future European sales.

Eight partners have shared costs and take part in F-35 production: the United States, the United Kingdom (U.K.), Italy, the Netherlands, Australia, Norway, Denmark, and Canada. Turkey was ousted from the program a few years ago for buying Russian S-400 surface-to-air missiles. Moreover, Israel, Japan, South Korea, Singapore, Belgium, and Poland are purchasing F-35s through the U.S. Foreign Military Sales program. Finland—currently a non-aligned nation—and Switzerland are pursuing similar purchases. All of this indicates that many European countries are seeking U.S. support.

The F-35 deserves much credit; it’s called the “quarterback of the skies” for its intelligence, surveillance, target acquisition, and reconnaissance capabilities. The three variants—the F-35A for traditional runways, the short-takeoff-and-vertical-landing F-35Bs used by the U.S. Marine Corps and some European navies, and the F-35C, which is used by the U.S. Navy for carrier arrested landings—are enhanced by their interoperability, in which common parts allow for integrated supply chains.

Unfortunately, the U.S. Air Force-led Adaptive Engine Transition Program seeks to replace Pratt & Whitney’s F-135 engine, which is only technically feasible for the conventional landing “A” variant. This would create dissimilar engine plants for the F-35 fleet. For instance, in Italy and the U.K., this would lead to three separate logistics and maintenance pipelines for the older F-35As, newer F-35As, and F-35Bs.

The F-35 is considered the most advanced fighter in the world. Germany’s historic decision two months ago to acquire thirty-five jets, replacing its aging Tornado fighters, was likely motivated by the F-35’s capability to carry nuclear weapons and its stand-off ability to detect and engage targets at long range. Interoperability with F-35 partner nations is a big plus. For Italy, the Netherlands, Finland, and Switzerland, Germany’s decision will result in streamlined battlefield communications, as F-35 onboard computers can network with other aircraft.

According to the U.S. Defense Department, such "integrated deterrence" will be a key element in future defense strategies and is central to Secretary of Defense Lloyd Austin’s plan for the American military. A Pentagon official described it as "integrated across domains,” involving nuclear, cyber, space, informational, and other operating environments—all of which are accessible or visible from the F-35’s cockpit. Most importantly, the Pentagon believes such integration must be inclusive of U.S. “allies and partners, which are the real asymmetric advantage that the United States has over any other competitor or potential adversary."

Forcing two different engine systems for F-35As in the middle of the jet’s lifespan doesn’t fit this U.S. integration theme. Not only do European Union allies appear not to get a vote, but the “adaptive engine” is incompatible with the other variants.

Consider also a key European gap in F-35 enthusiasm. Germany’s choice has angered France—still upset about last year’s canceled submarine deal with Australia—which perceives the F-35 as a symbol of U.S. power within NATO, according to researcher Paul Maurice at the French Institute of International Relations in Paris. More importantly, Germany’s decision sparked fears of an end to the Franco-German-Spanish Future Combat Air System, an entirely new European project designed to replace the French Rafale and the German Eurofighter by 2040.

In practice, if the decision to replace the engine for the F-35A is implemented, countries flying F-35s will find themselves forced into unforeseen and overly complicated supply and logistics chains. This would be an obstacle to foreign military sales.

At a Pentagon briefing last month, U.S. Air Force officials mentioned a nearly $290 million increase in its 2023 defense budget to fund the F-35 alternative engine program. That would translate into significantly more Euros for European taxpayers during the aircraft’s remaining approximately fifteen-year production cycle—a reality that’s flying under the radar so far.

At a time when security threats in Europe are so high, the United States and its European allies should be going out of their way to mutually support defense interoperability and efficiency. Although we’ve seen an overwhelming preference for the F-35 so far, America must not forget the geopolitical sacrifices being made by some to accommodate the aircraft’s operational and economic advantages. If those advantages are whittled away, then F-35 sales—along with the jet’s integrated deterrence potential—may be significantly reduced as European nations pursue other procurement options.

Gaja Pellegrini-Bettoli is a Rome-based dual American-Italian citizen, political analyst, independent journalist and published book author. A former United Nations and European Commission press officer, and assistant at the European Parliament, her focus areas are defense, U.S. politics, and the Middle East and Afghanistan. She served as a regular guest analyst on Italy’s national news channel for the 2020 U.S. elections. She holds a Master of Science degree from the London School of Economics, and is fluent in four languages.