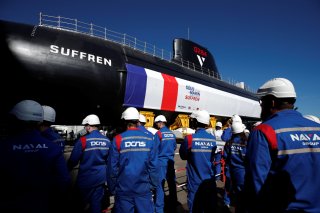 Months after the formation of the AUKUS defense partnership between Australia, the United States, and the United Kingdom, France has formally removed Australia from its list of key partners in the Indo-Pacific. France’s move comes after Canberra decided to withdraw from a submarine contract with Naval Group, a French defense contractor, in favor of a separate arrangement with the United States.

The original $63 billion contract, which specified that Naval Group would construct a set of diesel submarines for the Australian Navy, was canceled in September after the United States committed to delivering nuclear submarines to Australia instead. The French government reacted to the development with anger, claiming that Australia’s pivot from France to the United States had come without “prior consultation or warning.” As a result, the French ambassadors to Washington and Canberra were briefly withdrawn, although both later returned to their posts after a phone call and subsequent meeting between French president Emmanuel Macron and President Joe Biden.

While the incident has largely faded from the news in France and the United States, the French Ministry of Foreign Affairs suggested that the incident had been intensely studied by French defense planners and had “led to a re-evaluation of the past strategic partnership” with Australia.

The United States and Australia, which are also connected through the “Quad” alliance with Japan and India, have not released regular updates about Australia’s progress in acquiring new submarine technology. In February, however, American and British advisers stated that the two sides were making “significant progress” toward advancing a finalized submarine deal. If the deal is completed, Australia would be the only nation with nuclear submarines that does not have nuclear weapons.

To bolster its strength in the Indo-Pacific, France has recently reached out to non-traditional partners with few historic connections to Paris. One of those partners is India, a member of the "Quad” that plays a major political and economic role in South Asia and the Indo-Pacific region.

More than 1.5 million French citizens live in the Indo-Pacific region, and France views the region as an area of vital interest to its political and economic stability.