A Fine Line: U.S. Lays Out New Rules for Intelligence Sharing With Ukraine 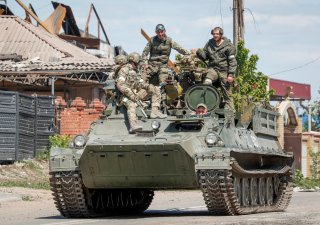 The White House has laid down new rules to curb certain kinds of intelligence sharing with Ukraine.

Citing U.S. officials, the Washington Post reported that the Biden administration has drawn up new intelligence-sharing guidance that is designed to avoid further inflaming tensions with Russia over the war in Ukraine.

There are reportedly two principal guidelines. The first is that the United States “cannot provide detailed information that would help kill Russian leadership figures, such as the most senior military officers or ministers.” Such top figures as Defense Minister Sergey Shoigu and  Valery Gerasimov, chief of the General Staff of the Armed Forces, would fall into that category.

The prohibition formally does not extend to lower-ranking general officers, but Washington is choosing not to provide Ukraine information on those targets either. The United States is not “actively helping them kill generals of any kind,” a defense official told the Washington Post.

The second prohibition is on “any information that would help Ukraine attack Russian targets outside Ukraine’s borders,” U.S. officials told the Washington Post. The far-western Russian city of Belgorod has been subject to periodic shelling by Ukrainian forces; according to Russian state media, several civilians were wounded and at least one person died over the course of these attacks. The U.S. does not wish to be party to these activities, which is reportedly what motivated the administration to block earlier plans to facilitate the transfer of MiG-29 fighter jets—which could be used to strike targets on Russian soil—to Ukraine through Poland.

The United States has committed to providing Ukraine’s armed forces with tens of billions of dollars in military aid, but weapons transfers are not the only way to provide aid. Equally important is a constant stream of information regarding the locations and movements of Russian forces. There have been reports in prior weeks that U.S. intelligence is behind some of the starkest Ukrainian successes of the war, including the sinking of the Moskva by Ukrainian coastal defenses and the destruction of a Russian military plane transport carrying hundreds of troops in the Kyiv region.

The New York Times reported last week that U.S. intelligence was critical in helping Ukraine’s armed forces successfully target and kill as many as twelve Russian generals, though the deaths of only two general officers have so far been verified. These reports have prompted fears that mounting U.S. involvement in the conflict could prompt Moscow to lash out in unpredictable ways, leading to a dangerous escalatory spiral.

The Biden administration has since tried to downplay the scope of ongoing intelligence-sharing efforts, with Pentagon spokesman John Kirby denying U.S. knowledge or involvement in Ukrainian efforts to target the Moskva and senior Russian officers.