Finland Bans Russian Tourists in the Wake of Putin’s Mobilization 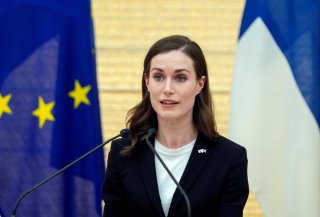 The government of Finland announced on Thursday that it would refuse entry to Russians with tourist visas—which currently allow them to visit the Schengen Area free travel zone within the European Union—starting on Friday at midnight, a step taken in response to an exodus of hundreds of thousands of Russian citizens from the country after Russian leader Vladimir Putin announced a military mobilization.

“The decision aims to completely prevent … Russian tourism to Finland and … related transit through Finland,” Finnish foreign minister Pekka Haavisto told a press conference on Thursday. Haavisto added that Putin’s announcement of conscription had made a “significant impact” on Helsinki’s decision.

In the weeks before the outright ban, the Finnish government had sharply reduced the number of Russian tourist visas available, although it indicated that it would continue to provide access to Russians who had received visas from other nations within the Schengen Area.

Under the new rules, Russians visiting for tourist purposes will be banned, but Russian citizens will still be allowed in to visit family living in Finland and for work- and study-related travel. The neighboring Baltic states—Estonia, Latvia, and Lithuania, as well as Poland—have banned Russian citizens from entering their territory outright, arguing that would-be refugees from conscription should remain within Russia and attempt to fight back against Putin’s policies.

At least 200,000 Russians have fled the country since the announcement of conscription last week. Of these, roughly half are thought to have traveled to Kazakhstan, the largest of the former Soviet republics in Central Asia, which shares a 5,000-mile border with Russia and does not require Russians to have a passport to enter. Kazakh president Kassym-Jomart Tokayev indicated on Wednesday that his government would continue to accept Russian migrants, although some experts have speculated that the Kremlin may attempt to close the border in response to the mass exodus.

Putin’s announcement of conscription has also reignited dormant anti-war protests within Russia, and around 2,400 demonstrators have been arrested in the country over the past week, according to the United Nations High Commissioner for Human Rights. A UN statement noted that many who had been arrested for protesting had subsequently been drafted into the Russian military, even though the Kremlin had earlier committed to limiting conscription to reservists with prior military experience.