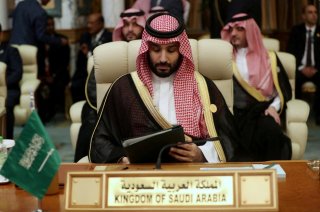 Although during the 2020 election campaign  Joe Biden pledged to turn Saudi Arabia into a “pariah” for the brutal murder and dismemberment of Saudi dissident and Washington Post journalist Jamal Khashoggi, the White House announced last week that the president will go hat in hand to Saudi Arabia this summer to beg the Saudis to pump more oil and reduce politically explosive high gas prices at the pump. For decades, however, U.S. presidents have assumed that the Saudis have more control over the world oil price than they do and have been excessively obsequious to their whims, desires, and transgressions, most infamously after predominantly Saudi hijackers killed almost three thousand Americans on 9/11 with evidence of at least some Saudi government culpability. Biden promised to be different and hold the Saudis to better account, but it seems he will fall into the same unneeded coddling behavior U.S. presidents have exhibited in the past.

Although Biden, like past presidents, is not very responsible for the high (or low) gas prices consumers are experiencing, he also has very limited means to do anything about the problem. So any presidential visit to Saudi Arabia or other executive actions, such as the ineffective release of oil from the Strategic Petroleum Reserve or unsuccessful pleading with American oil executives to drill for more oil, merely demonstrates before the upcoming midterm elections that he feels consumers’ pain and is attempting to alleviate it. Such palliatives, however, will not dramatically reduce oil prices in the short term. Unfortunately for Democrats, political research shows that most voters vote on economic developments occurring only in the months before an election.

Despite the regular frenzy of U.S. presidents and other politicians when the oil price is high, a worldwide market for oil exists and works very simply. If a producer (or producers) anywhere in the world reduces exports, the world price rises; if instead more oil is exported into the market from any source, the price decreases. Since the excessive hysteria surrounding the 1973 oil “crisis,” politicians and the media have blamed collusion by the OPEC (and now OPEC Plus) oil cartel when prices surge, although most economists are skeptical that any natural resource cartel, including one producing oil, can elevate the long-term price of a commodity. The oil cartel has quotas for various countries to restrain overall production and keep the price above the free-market equilibrium. If the world price goes up for any reason, however, cartel members have the opportunity to make windfall profits but feel restrained by the quotas and thus, have an incentive to cheat on them by secretly pumping above their limits. When world production increases from cheating, the world price goes back down. Therefore, in the long-term, with high oil prices, all producers—whether cartel members or not—have an incentive to pump more oil to increase profits. Increased exports from producers pick up the slack when oil is taken off the market by economic sanctions or war—as is the case today with a portion of Russian production.

Biden’s jawboning of American oil executives to drill for more oil has been unsuccessful because of their all-too-recent memories of oil prices plummeting at the beginning of the pandemic, demonstrating that, depending on global events, oil prices can go down as fast as they can go up. (And low prices are no panacea either as they are usually a symptom of a world economic slowdown which is harmful to major U.S. industries.) Opening offshore areas and federal lands to exploration and loosening restrictions on pipeline construction to bring more Canadian oil into the United States will eventually help reduce the oil price, but it will also be politically costly for Biden within his own party because of possible environmental ramifications.

There is another action that Biden might take to mitigate high oil prices that also comes with political costs: loosen economic sanctions on Venezuela and Iran, thus allowing economically desperate petroleum producers to put more oil on the world market. To help alleviate pressure on the world price, the United States does not need to buy oil from those nations; Venezuela and Iran just need to be able to sell oil on the world market. Spain and Italy are seemingly ready to buy some Venezuelan oil. However, the Venezuelan oil industry has been crippled by U.S. sanctions and socialist economic policies and will likely take a long time to get production ramped up. However, Iran has a lot of oil ready to go to market if Biden could reach a deal to reinstate the agreement containing the Iranian nuclear program, which President Donald Trump foolishly trashed, in exchange for loosening economic sanctions. The only stumbling block to this double win for the United States is that Iran wants the Islamic Revolutionary Guards Corps (IRGC) taken off the U.S. terrorism list. Even if that happens, the IRGC would still be under other U.S. sanctions but, again, the main obstacle is politics: Republicans, Israel, and Saudi Arabia all would falsely accuse Biden of being soft on terrorism.

Because most U.S. voters vote on domestic issues, such as the high price of oil and other goods, it would be a good trade for Biden to take a hit politically by taking the IRGC off the terrorism list, restoring an agreement that constrains Iran’s nuclear program and allowing Iran to unleash its oil supplies to compensate for reduced Russian production which would put downward pressure on the world oil price quickly. All of this would be more effective than Biden visiting Saudi Arabia, which has as bad a human rights record as Iran, to beg Riyadh to pump more oil.