How Will American Drones Change the War in Ukraine? 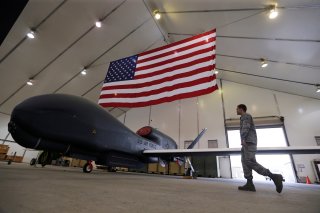 Following a televised speech to the nation, President Biden signed a new $800 million aid package for Ukraine. In addition to anti-aircraft systems, ammunition, and anti-tank missiles, the package will include armed drones.

The mention of the drones seems quite significant, as U.S. officials have typically focused on other weapons systems in the past. Advanced American drones will be able to track Russian ground movements and network time-sensitive data, providing Ukrainian forces with important new capabilities.

Following the president's speech, Defense Secretary Lloyd Austin released a statement that announced the new development and placed it in the context of previous U.S. support for Ukraine.

“Through the additional authority provided in the FY 2022 Ukraine supplemental signed into law by the president yesterday, the U.S. Department of Defense is moving expeditiously on the fifth Presidential Drawdown of security assistance. Today’s drawdown, valued at up to $800 million, brings to more than $2 billion the total U.S. security assistance commitment since the beginning of the Administration,” Austin said in a Pentagon statement.

The drones may have a major impact on the battlefield by quickly providing Ukrainian forces with crucial intelligence regarding Russian troop movements. For instance, maneuvering forces dispersed in defensive positions throughout urban areas would greatly benefit from real-time intelligence on the location of attacking Russian forces. With Russia continuing to advance toward Kyiv, intelligence gathered by drones could be crucial in the coming weeks and months.

There are a number of U.S. drone systems that could be of great value to Ukrainian forces on the ground. Medium-altitude Global Hawks could provide high-resolution images, while hand-launched drones like the Raven would be well suited for urban warfare. Smaller drones—organically attached to ground units—might have success operating beneath the radar envelope of Russian air defenses, allowing them to provide vital tactical intelligence to Ukrainian defenders hoping to ambush Russian troops.

Of course, there is the question of advanced Russian air defenses. However, there are now high-fidelity, ultra-long-range sensors capable of detecting ground maneuvers, heat signatures, or other indicators of enemy activity. Drone operators are also adjusting their tactics to ensure that surveillance assets don’t follow predictable paths or fly at trajectories that are vulnerable to air defense missiles.

It is also possible that ground-based command and control technology could be given to Ukraine to support its aerial drone assets by strengthening data networks. Given the pace at which combat dynamics can shift, the faster crucial information can reach fighters on the ground, the more likely they are to achieve success against the invading Russian forces.