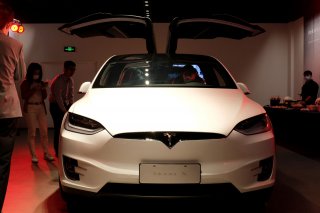 Tesla founder Elon Musk said earlier this spring that he was eying the "Central USA" for the company's next factory. Earlier this week, an Austin newspaper reported that Travis County was in talks with Tesla to bring a factory to the area, with Travis County Commissioners Court likely to vote in the coming weeks on whether to approve the deal.

Now, the website Electrek reports that Tesla has indeed chosen Austin—and that the company has purchased $5 million (2,100 acres) worth of land near Austin for the project. The news outlet obtained documents from the Texas Comptroller’s office showing Tesla's plans, which include the relocation of the sand and gravel mining site currently located there.

Electrek, which had reported last month that Austin was Tesla's choice, also reported that Tesla is "about to secure over $60 million in incentives for the project." Construction is set to begin in the third quarter of this year. Recent reports had also stated that Tulsa, Oklahoma, was in contention as the site of Tesla's next factory, although Electrek says this was leaked by Tesla at a time when Austin had already been picked.

The new "gigafactory" will concentrate on building Tesla's new electrically powered Cybertruck, which was unveiled last year, although the Model Y car will also be produced there, as soon as later this year. The Cybertruck is not expected to enter production until 2021, however.

Tesla unveiled the Cybertruck last November 21 at the Tesla Design Studio in Los Angeles, and during the event, Tesla Chief of Design Franz von Holzhausen threw a steel ball and cracked the truck's window. The company did say, however, that preorder numbers were struck for the new truck.

The news comes during a busy spring for Tesla. The company recently announced that its Semi truck will soon begin production, while Tesla has also recently begun delivering cars in Michigan, following a long battle with politicians in that state. Tesla is also now, in terms of market capitalization, the most valuable car company in the world.