Marine Corps Kicks off Exercises in Japan and the Philippines 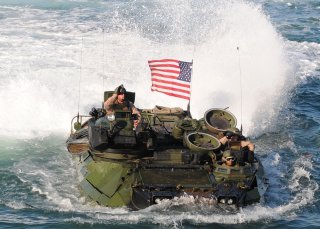 The U.S Marine Corps launched a pair of large-scale exercises simultaneously from northern Japan and the Philippines. The activities, slated to begin on October 1, will run for two weeks.

A statement published by the U.S. Marine Corps explained that one of the exercises, Resolute Dragon 22, will involve over 5,500 personnel and take place in Hokkaido, Japan. The other exercise, KAMANDAG 6, will take place in the Philippines in Luzon, Batanes, and Palawan.

The 3rd Marine Division will participate in the exercises for the United States.

“Resolute Dragon and KAMANDAG are important opportunities to bolster the defensive capabilities of our alliances with Japan and the Philippines through realistic combined training,” said Maj. Gen. Jay Bargeron, 3rd Marine Division Commanding General, in the Marine Corps statement.

“These exercises will allow our forces to strengthen interoperability and readiness to ensure we are prepared to rapidly respond to crisis throughout the Indo-Pacific.”

Though Japan and the Philippines are long-standing American allies, the exercises have taken on new importance—because of the three countries’ concerns with Chinese revanchism and the reality that invasions of smaller countries are no longer a thing of the past.

"Today, as the security environment surrounding Japan becomes more turbulent, there is a need to further strengthen the deterrence and response capabilities of the Japan-U.S. Alliance,” said Gen. Yuichi Togashi, the JGSDF 2nd Division Commanding General.

“For this reason, we recognize that Resolute Dragon, the largest field training exercise with the U.S. Marine Corps in Japan, is extremely important in terms of further strengthening the cooperation between the Japan Ground Self-Defense Force and the U.S. Marine Corps. It is my hope that through this training, the Japanese and U.S. Forces will deepen mutual understanding, improve their tactical skills and joint response capabilities to the operational level, and, in turn, further strengthen the Japan-U.S. Alliance."

The Marine Corps statement explained that KAMANDAG 6 would incorporate several interoperability opportunities in Luzon, including a combined arms exercise and amphibious operations—as well as the use of High Mobility Artillery Rocket Systems, which have been used to devastating effect in Ukraine against Russian forces.

“Through this exercise, we are able to learn from their techniques, tactics, and procedures to develop our interoperability strategy in the Philippine Marine Corps, especially as we operationalize our Marine Corps Operating Concept for Archipelagic Coastal Defense.”