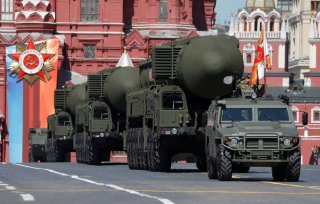 Local officials reported a large volume of strikes targeting Ukraine’s capital and the broader Kyiv region. Eighty percent of Kyiv residents were left without water with many others losing access to electricity, Kyiv mayor Vitali Klitschko said on Telegram. Klitschko added that one of the strikes hit an energy facility powering as many as 350,000 apartments, leading to widespread outages.

Attacks were reported all across Ukraine in the Mykolaiv, Zaporizhzhia, Kharkiv, Zhytomyr, Chernivtsi, and Zhytomyr regions. Ruslan Zaparanyuk, head of the Chernivtsi regional military administration, confirmed on Telegram that a “critical energy infrastructure facility” caught fire after being hit, adding that the fire has been contained. “Experts are assessing the damage. But we can already say that the consequences of such an attack are very tangible for the entire energy system of Ukraine,” Zaparanyuk added.

The full extent of the damage from Monday’s strikes has not been established, though Ukrainian  energy minister German Galushchenko confirmed that “electric substations, hydropower and heat generation facilities were hit by rocket fire.” Ukrainian officials reportedly said the Russian military struck roughly 30 percent of the country’s energy infrastructure. Local authorities reported that at least several people were injured by Monday’s attacks—it remains unclear whether or not there have been any deaths.

Ukraine’s air command announced it shot down forty-four out of fifty enemy rockets. Russia’s Defense Ministry said in a statement that the strikes achieved their intended result. “The Armed Forces of the Russian Federation continued strikes with long-range air and sea-based high-precision weapons against Ukraine’s military command and energy systems. The goals of the strikes were achieved. All designated targets were hit,” the Defense Ministry said in a statement, according to Russian news outlet RIA Novosti. Neither side’s claims regarding the Monday strikes have been independently corroborated.

“On the occasion of Halloween, the russians decided to carry out another act of missile terror. But tomorrow is All Saints’ Day. Saint Javelin and Saint HIMARS will subdue the evil spirits,” tweeted Ukraine’s Defense Ministry, referring to deliveries of U.S.-supplied anti-tank and long-range missile systems.

The attacks are part of a new Russian effort, initiated on October 10 with a wave of massive strikes on Kyiv, to cripple Ukrainian energy infrastructure into the winter months.