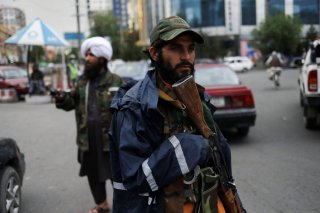 The Taliban-led government of Afghanistan has issued a set of new restrictions on women in Herat, a large city in western Afghanistan—the latest development in its crackdown on women’s participation in public life across the country.

Among other prohibitions, Taliban leaders in Herat announced that women were forbidden from eating alongside men in restaurants and would have restrictions on their ability to walk in public parks, according to Riazullah Seerat, a local Taliban official associated with the group’s Ministry for Promotion of Virtue and Prevention of Vice.

Seerat later insisted that the restaurant rule would apply to all Afghans, “even if [the couple wishing to sit together] are husband and wife,” adding that restaurant owners must enforce the rule. He also indicated that while women would be allowed to continue visiting the parks, the Taliban would strictly enforce segregation by gender; women would only be allowed to enter without male accompaniment on Thursdays, Fridays, and Saturdays. Seerat added that women seeking exercise should find a “safe place or do it in their homes.”

After the Taliban’s conquest of Afghanistan in August 2021, the group quickly defended itself to international journalists, insisting that it did not view women’s rights as contradictory to Islamic law and would continue to protect them. However, over the following months, the Taliban-led government passed an increasingly restrictive series of measures governing women’s activities. In December, the group ordered that women would not be allowed to travel more than forty-five miles without the accompaniment of a male relative. After promising to open girls’ schools across the country after Afghanistan’s national Nowruz celebration in late March, the Taliban reneged, shutting them down within hours of their reopening over the allegedly improper nature of girls’ school uniforms.

Last week, Taliban officials caused outrage after ordering all women across the country to fully cover themselves in public—a demand that the group had earlier hinted it would not seek to reimpose in the days following its takeover.

The curtailing of women’s rights comes as Taliban leaders pursue international recognition of their government, seeking foreign aid and investment to avert a humanitarian crisis caused by the sudden withdrawal of international aid. However, the United States and several European nations have explicitly conditioned recognition and aid on respect for women’s rights.

At the same time, the Taliban have contended with a renewed insurgent movement in Afghanistan’s north, led by guerrilla warlord and National Resistance Front leader Ahmad Massoud.