A Terrible Mistake: How in 1999 America Bombed the Chinese Embassy in Belgrade 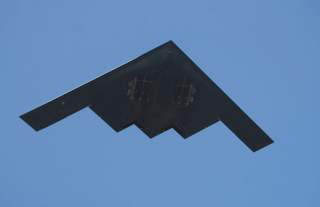 Key point: During the bombing campaign against Serbia, NATO claims it accidentally attacked the Chinese embassy. Of course, Beijing believes it was done on purpose.

In response, President Bill Clinton made a rare public apology to China. Clinton gave his “profound condolences” to the Chinese, saying the attack was a mistake. NATO claimed it was acting on information that the embassy was actually the headquarters of the Yugoslav Federal Directorate for Supply and Procurement (FDSP).

Kyle Mizokami is a defense and national-security writer based in San Francisco who has appeared in the Diplomat, Foreign Policy, War is Boring and the Daily Beast. In 2009 he cofounded the defense and security blog Japan Security Watch. You can follow him on Twitter: @KyleMizokami. This first appeared in July 2017.