Ukraine Is on Autopilot, and That’s Bad News for America 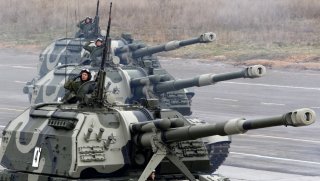 Nearly eight months into the war in Ukraine, the conflict is now on autopilot. Russia and Ukraine are in the death grip of an unabating war of attrition from which neither can retreat. Obsessed with the threat to liberal democracy posed by Vladimir Putin, the United States and its European allies are waging a proxy war against Russia. Disturbingly, all parties are paying short shrift to the peril of a wider and more calamitous war that will damage their national interests as well as global stability.

Whatever delusion motivated Putin’s invasion—neo-imperial ambition, intolerance of Ukrainian democracy, the threat of an expansionist and satanic West—he will fight to the last Russian. Defeat by a state whose independence he considers a fiction would not only be intolerably humiliating, but it would also augur the end of his political rule. Right-wing critics of the war such as Evgeniy Prigozhin, head of the Wagner mercenary group, and Chechen Republic leader Alexander Kadyrov are increasingly assailing Russia’s military and political leadership.

No matter the loss of life and material devastation, the hypnotizing effect of recent military gains has further enlivened Ukrainians’ martial spirit too. Crucially aided by the influx of Western arms, Prime Minister Volodymyr Zelenskyy has encouraged a patriotic public to believe it can liberate all of Ukraine from Russian occupation, including Crimea. Any attempt by Zelenskyy to temper such expectations is likely to be met with the same public resistance Putin is encountering.

Unflagging support from the United States and its European allies has hardened Ukrainian resistance. For the United States and the UK, the war is mainly a moral crusade to preserve liberal democracy. Putin must be brought to heel for his unconscionable invasion of a sovereign and, albeit flawed, democratic state. For NATO members that were once part of the Soviet Empire, Putin must be beaten into submission to protect their security. All parties agree, however, that they must stay the course and continue to arm Ukraine even after the war has ended.

Such zealotry is short-sighted. It fails to anticipate and respond to developments that undermine short- and long-term interests. Despite Russia’s military incompetence, Putin may benefit from the social and economic effects of a harsh winter in energy-deprived Europe. In such a scenario event, public protests could pressure governments in France, Germany, and Italy to bring the war to an end. That could embolden countries in the UN, especially in Africa, that abstained from or opposed condemning Putin’s annexation of Ukrainian territory to demand ceasefire talks. In the longer term, the unremitting supply of arms to Ukraine is depleting inventories in the United States and Europe, posing risks for other contingencies such as a conflict with Iran or the defense of Taiwan. Most worrisome are the prospects for uncontrolled escalation: expanding the war to NATO and/or to higher levels of intensity, including the use of nuclear weapons.

Russia and the West are now at an inflection point. To avert such a future, President Joe Biden and the European allies should prepare for a negotiated settlement of the war. Though China and other autocracies seek to weaken the West, a wider war, much less a nuclear confrontation, is not in their political or economic interests. China’s veiled criticism of Russia at the Shanghai Cooperation Organization summit in Samarkand last month and later by India should be seized by the United States to get Putin to the negotiating table. Washington and its allies should likewise prevail upon Zelenskyy to begin talks to end the continuing carnage and recognize that the West has security stakes beyond Ukraine.

In the United States, Biden faces three major obstacles. One is the Republican Party, which will predictably skewer such statesmanship as it prepares to control Congress in the midterm elections and recapture the White House in 2024. The second is an error of Biden’s own making: the fatuous, binary policy that divides the world into democracies and autocracies. Having treated China as America’s enemy, it will take a herculean effort to convince an electorate that foreign affairs is fundamentally transactional rather than moral in character. The culture of American foreign policy is the third obstacle. Because Americans define the United States as the redeemer nation, they still expect it to be the rule-maker in a world that is becoming more multipolar.

In a changing world order that America no longer dominates, the United States needs to make hard choices in crises such as the war in Ukraine. Rigidity in the defense of morality is the road to continued confrontation. Complacency may be worse, for it veers us incoherently toward the precipice of destruction from which we pulled back in 1962. Remaining on autopilot is surely not the way forward.

Hugh De Santis is a former career officer in the Department of State and chair of the Department of National Security Strategy at the National War College. He is the author of The Right to Rule: American Exceptionalism and the Coming Multipolar World Order.