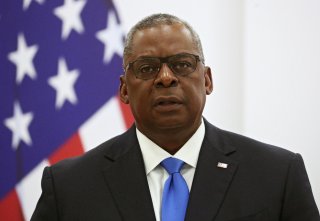 Defense officials from China and the United States have made progress in arranging a bilateral meeting in Singapore, according to Bloomberg—suggesting that the Biden administration has prioritized open discussions over concerns of diplomatic protocol, which have obstructed high-level defense meetings in the past.

Both Defense Secretary Lloyd Austin and Chinese defense minister Wei Fenghe are due to attend the Shangri-La Dialogue taking place in Singapore from June 10 through June 12. If the negotiations between Washington and Beijing are successful, the two men will hold a meeting on the sidelines of the conference, during which security issues—including Taiwan, China’s growing presence in the Indo-Pacific region, and Beijing’s political and economic ties to Russia during its ongoing invasion of Ukraine—could be discussed.

As formal diplomatic equivalents, Austin and Wei have had contact in the past, most recently through a phone call in April. However, U.S. officials have pushed for a call or virtual meeting between Austin and Vice Chairman of the Central Military Commission Gen. Xu Qiliang, who holds a position closer to Austin’s in China’s military hierarchy. (The Chairman of the Central Military Commission is President Xi Jinping.) Because Wei’s position as defense minister is typically regarded as ceremonial and comes with little power over Chinese military affairs, U.S. officials have sought closer contact with Xu, so far without success.

The last meeting of the Shangri-La Dialogue, an annual summit held by the International Institute for Strategic Studies, was held in 2019 in advance of the COVID-19 pandemic. Wei attended that summit, where he met with Acting Secretary of Defense Patrick Shanahan, who came to that post after the resignation of Gen. James Mattis in early 2019.

Although President Joe Biden has previously criticized Beijing for alleged human rights abuses, including its policies against the native Uyghur Muslims in China’s northwestern Xinjiang region—a set of policies that both Biden and his predecessor Donald Trump have characterized as genocide—the Biden administration has also publicly acknowledged that the U.S.-China partnership remains the most significant geopolitical partnership of the twenty-first century, and maintaining a stable relationship between Washington and Beijing would be its defining challenge. In a policy address last week, Secretary of State Antony Blinken criticized some aspects of Xi’s rule but underscored that the United States and China were not in a “new Cold War.”