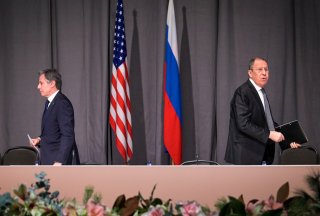 The Organization for Security and Co-operation in Europe (OSCE) met in Vienna on Wednesday in the most recent attempt to de-escalate the crisis along the Russo-Ukrainian border.

The OSCE meeting marks the third attempt to negotiate an end to the crisis in the past week. Although a breakthrough is not expected, most security professionals have agreed that it is preferable to continue discussions than to break them off. The OSCE is a vital venue for discussion over the Russo-Ukrainian issue because it contains all parties to the crisis: Russia, Ukraine, the United States, and the rest of NATO.

Michael Carpenter, the U.S. ambassador to the OSCE, indicated on Wednesday that concrete results were not expected from the first week of OSCE meetings. The ambassador claimed that the priority of the meetings would be to find mechanisms capable of deepening international dialogue between Russia and the West throughout 2022.

“Our main goal is … to establish a dialogue,” Carpenter told a Russian television network. “Our positions are polar, but this does not mean that there are no elements and areas on which we cannot agree.”

The Russo-Ukrainian crisis has built up over several months as Russian troops have steadily gathered on the border, leading to alarm over a potential Russian military intervention. An estimated 100,000 Russian troops are present on the border, although precise numbers are difficult to determine.

Russian leaders have denied any plans of invading Ukraine and have defended their right to position troops within their own country. In spite of these denials, the Kremlin has also expressed its anger over NATO’s eastward expansion, claiming that the presence of NATO members on its borders, and the military alliance’s outreach to Ukraine, represents a major national security threat.

To resolve the crisis, Russia has demanded an unequivocal NATO commitment not to expand further east and an end to NATO training exercises in Eastern Europe. NATO’s leaders have rejected these demands, and talks have thus far failed to resolve the crisis.

The Kremlin announced on Wednesday that it will be evaluating whether it is worth continuing to attend the talks.

At the NATO-Russia Council meeting earlier in the week, Russian deputy foreign minister Alexander Grushko claimed that NATO was “trying to gain supremacy in all areas and all possible theaters of war.”

The deputy foreign minister warned that “unpredictable and … severe consequences” could result if Russian demands are ignored or brushed aside.