Why Russia Is Pouring Billions Into Hypersonic Weapons 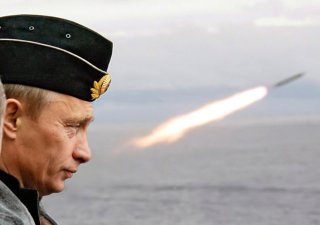 “It is obvious that it is important for us in the process of drafting a new state armaments program to take into account all the basic world trends in developing military hardware and armaments,” said Putin on Wednesday during a state meeting. “First of all, this relates to introducing advanced information and bio-cognitive technologies and to promoting hypersonic systems and weapons based on new physical principles, the latest reconnaissance, navigation, communications and control systems,” Putin added.

Moscow has made sweeping investments into hypersonic weapons technology in recent years. Kh-47M2 Kinzhal, a nuclear-capable air-launched ballistic missile capable of accelerating to hypersonic speeds, was introduced into service in December 2017. The first missile regiment of the Avangard hypersonic glide vehicle, which Putin previously described as “invulnerable to intercept by any existing and prospective missile defense means of the potential adversary,” entered service in late 2019. Russia’s 3M22 Tsirkon winged, hypersonic maneuvering anti-ship missile is reportedly in the final stages of state trials and will enter service starting from 2022. Russian military observers believe that Tsirkon, which can reportedly reach speeds of up to Mach 9, is capable of holding U.S. carrier strike groups (CSG’s) at risk.

Poseidon, also known as Status-6, is a nuclear-powered underwater drone that is reportedly armed with a two-megaton atomic payload. Poseidon can allegedly detonate its warhead “thousands of feet” below the surface,” generating a radioactive tsunami capable of destroying coastal U.S. cities and other infrastructure. Poseidon’s current development status remains unclear, nor have Russian officials offered any details on the system’s production and delivery timeline. Kinzhal, Avangard, Tsirkon, and Poseidon were among the new weapons unveiled by Putin during his widely-cited 2018 state-of-the-nation address.

Top U.S. military and defense industry officials have warned that the United States is lagging behind its Russian and Chinese rivals in the hypersonic weapons race. The United States does not “have systems which can hold [China and Russia] at risk in a corresponding manner, and we don’t have defenses against [their] systems,” said Under Secretary of Defense for Research and Engineering Michael Griffin during an earlier testimony to Congress.

Putin also stressed the need “to raise functionality and combat sustainability of military products, in particular, through the use of artificial intelligence,” adding that Russia must emphasize the “broad use of robotics.” Russian defense manufacturers are currently developing a slew of unmanned weapons projects, including the Udar robotic tank, kamikaze drones capable of denying airspace to enemy UAV’s, and the Grom and Okhotnik-B loyal wingman drones for Russian fifth-generation fighters. The Russian military plans to open a dedicated drone testing site, located to Moscow’s west, next year.