Why Sony's X950G Series 4K HDTV Has One Fatal Flaw 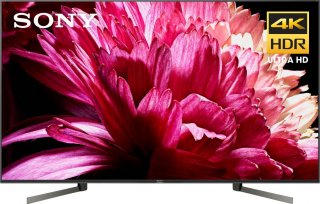 If you’re not interested in any of the currently available OLED and QLED HDTV offerings, then perhaps you should take a long hard look at the highly regarded Sony X950G Series.

This sleek and modern-looking set won’t necessarily wow you—but know that you’ll be getting a solid panel that should be more than enough for your everyday TV-watching and family movie nights.

The sixty-five-inch model is retailing for $1,400 right now—and that high price point could turn away some budget-conscious consumers. In terms of pure overall value, the price you’re paying probably does not justify the quality of the panel you’re receiving.

Keep in mind that despite being more expensive than comparable Samsung, Vizio and TCL models, the X950G Series has shown that it does not perform as well. And, for about the same price, know that you can make that huge jump into the much-vaunted OLED universe by going with LG’s 55-inch B9 Series.

This Sony product, though, does have its strengths—they include giving the viewer a bright HDR picture experience with accurate colors, not to mention full-array local dimming that really improves deep black levels and contrast.

The X950G Series also features native 120Hz refresh rate and robust video processing via its X1 Ultimate processor, which can also be found in the company’s Master Series models.

This set comes with the latest version of Android TV with built-in Google Assistant for voice control. For many users, the Android TV system can at times be frustrating. Sure, you will have access to plenty of great apps and content, but it needs more processing speed to smooth out the occasional hiccups. Another option is that you can always go out and purchase a cheap streaming player like Roku.

You can also link the X950G Series with Google Home or Amazon Alexa speakers, in addition to using your phone to cast apps via its built-in Google Cast functionality, which works just like a Chromecast. Compatibility with Apple’s AirPlay 2 and HomeKit isn’t too far off.

As for the sound, the X950G Series features two 10W speakers, S-FORCE Front Surround Sound, Dolby Atmos and DTS Digital Surround. Like other TVs with thinner designs, the sound does lack punch, but that can be taken care of relatively easily by purchasing a decent soundbar.