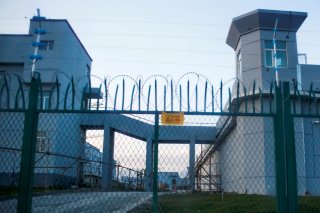 The government of China has replaced Chen Quanguo, the leader of the Communist Party in the nation’s western Xinjiang Uygur Autonomous Region, with Ma Xingrui, the current governor of the southern Guangdong province, according to a report by the Chinese state-run Xinhua news agency.

Chen, the party secretary in Xinjiang and a member of the country’s Politburo, was associated with human rights abuses against the province’s native Uyghurs and was placed on a sanctions list by the administration of former President Donald Trump in July 2020. According to the Xinhua report, he will move onto a new position, possibly a higher one.

Chen, aged sixty-six, had led the party apparatus in Xinjiang since 2016, functioning as a de facto governor within the province. He had filled the same position in the country’s Tibet Autonomous Region from 2011 to 2016 and had earlier served as governor of Hebei, a province in the northeast.

Ma, aged sixty-two, is not associated with human rights abuses and has a reputation as a technocrat. Prior to his involvement in politics, he worked as an aerospace engineer, before serving as director of the China National Space Administration, the Chinese equivalent of NASA. From there, he became party leader in the southern city of Shenzhen, before his promotion to governor of Guangdong.

The change in leadership comes as China’s political system prepares for a broader restructuring in advance of the Communist Party’s Twentieth Congress, set to take place in the fall of 2022.

It also comes as China has engaged in a steadily escalating diplomatic confrontation with the Western world over the status of Uyghurs in Xinjiang, where an estimated one million Uyghurs have been forced into concentration camps. Inside, they have reportedly been subject to indoctrination, forced labor, and sterilization, leading the United States and several other Western countries to characterize the treatment of the Uyghurs as a genocide.

On Thursday, December 23, President Joe Biden signed the Uyghur Forced Labor Prevention Act into law, banning imports from Xinjiang unless the importer could positively prove that they were not made with forced labor.

China has denied using forced labor in Xinjiang and has instituted retaliatory sanctions on U.S. officials.

The United States, Canada, the United Kingdom, Australia, and Japan have each announced that they will not send their officials to the upcoming 2022 Winter Olympics in Beijing, creating a “diplomatic boycott”—although the respective teams of each country will still attend.