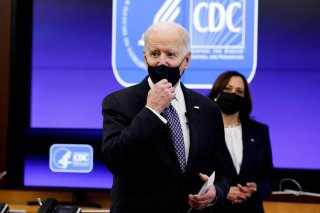 The U.S. Centers for Disease Control and Prevention (CDC) has updated its monkeypox guidance on animals after a new study published in The Lancet confirmed that a dog tested positive for the fast-spreading virus in France, according to a new Axios report.

The case in France involved two male partners who lived together and were not sexually exclusive. The men started showing monkeypox symptoms a few days after sleeping with other partners. Twelve days later, their pet dog, a four-year-old Italian greyhound with no prior medical disorders, also developed lesions and pustules on its abdomen and then tested positive for monkeypox.

Before this study, it was not clear whether the virus could be spread to dogs or other pets.

“To the best of our knowledge, the kinetics of symptom onset in both patients and, subsequently, in their dog suggest human-to-dog transmission of monkeypox virus,” the researchers wrote.

“Our findings should prompt debate on the need to isolate pets from monkeypox virus-positive individuals,” they continued.

According to the World Health Organization (WHO), the monkeypox virus, which has been shown to be transmissible for up to four weeks, is most easily spread via open contact with the sores of an infected individual. It can also spread through contact with materials that have the virus on them, such as shared bedding and clothing.

Dr. Rosamund Lewis, the WHO’s lead on monkeypox, told the Washington Post on Monday the case in France marked “the first incident that we're learning about where there is human to animal transmission.”

“This is an example where most pets will not be at risk. It may only be those who are actually in the household of someone who’s infected,” she added.

Roughly three months into the global outbreak, there are more than 36,000 cases of monkeypox across ninety-two countries, according to the CDC. Here in the United States, there are nearly 12,000 monkeypox infections across forty-nine states. Last month, the WHO declared the global spread of monkeypox to be an international emergency, and the United States declared its own epidemic to be a public health emergency earlier this month.

Last week, in an effort to contain the outbreak, the U.S. Food and Drug Administration (FDA) issued an emergency use authorization that allows healthcare providers to split Jynneos monkeypox vaccine doses. The strategy is expected to enable providers to get up to five doses out of a standard one-dose vial.