Russia's Sputnik V Vaccine: How Latin America Will Protect Itself from Coronavirus? 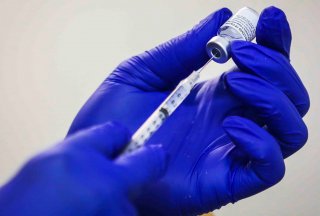 Although the forthcoming coronavirus vaccines are good news for the United States, it is arriving late to the global vaccination party. Russia’s Sputnik V vaccine was announced well before it was proven and ready, but its rollout has been underway since August, and that premature beginning has bought Russia substantial geopolitical gains. Now, with some of the uncertainty and panic behind us, and an incoming administration that is interested in mending political relationships, the United States needs to play catch-up regarding our health diplomacy. It could take the first step towards achieving that goal in Latin America.

The strategic importance of Latin America to the United States cannot be understated. Patrick Duddy and Jason Marczak have made excellent cases for why the incoming Biden administration should give renewed attention to the region. One of the more pressing reasons is the coronavirus pandemic, which is overwhelming healthcare systems across the continent. Although Latin America is home to only 8 percent of the global population, it can lay claim to more than a third of the world’s coronavirus cases. While the United States’ domestic blunders in handling the pandemic might not instill Latin Americans with confidence in U.S. leadership, now is the time for the country to step up its game. After all, Russia has been hard at work undermining America’s position in the region.

While the United States has been insulating itself in Donald Trump’s tattered banner of “America First,” Russia has been recruiting countries from the Global South to participate in clinical trials and manufacture and purchase Sputnik V for their pandemic-beleaguered populations. This contrasts sharply to the vaccine-hoarding Western powers, which preemptively bought up enough vaccines to inoculate their populations several times over before low- and middle- income countries had time to react. Russia, on the other hand, made international consumption of the vaccine a priority from Day One, and Latin America is one of its key markets. Argentina has been promised ten million doses of the vaccine before January, just as Western countries are beginning their own rollouts. The Sputnik V website is accessible in Spanish and Portuguese, as well as a variety of other languages. Russia’s vaccine was also reportedly endorsed by Argentinian soccer superstar, Diego Maradona in October.

Russia is also working to spread the economic gains, encouraging foreign partners to hold clinical trials and participate in the manufacturing. There is danger in this, as the Sputnik V vaccine’s efficacy is far from proven. Taking up valuable manufacturing space for a vaccine that could be faulty will be highly costly, in lives and dollars, if those production lines later have to be converted. Still, the advantages to cooperating with Russia, even on a riskier vaccine, are significant.

Much of Russia’s global health diplomacy is positive. Vaccinating people worldwide is the surest way to provide for everyone’s health and safety. But as is usually the case with Russia, North Americans and South Americans have reasons for healthy skepticism. Russians are overachievers when it comes to propaganda, and their brand, domestically and abroad, is predicated on policies that appear to accomplish a lot more than they actually do.

When ranking its priorities, the Kremlin has repeatedly put international prestige ahead of domestic welfare, which is equally evident in their pandemic response. Who could forget the generous donations of faulty ventilators and unusable equipment Russia supplied to Italy and the United States? Russia’s generous donations of coronavirus medication (not vaccines but drugs) to Venezuela was warmly welcomed by a country facing a colossal health crisis that long predates the pandemic. Russia has three newly registered drugs for treating the coronavirus. They are all variations of favipiravir, an anti-flu medication developed by Japan’s Fujifilm in 2014, a much-hyped medicine that fell to the wayside in the West due to a lack of conclusive data. For better or worse, lack of evidence has never stopped the Russians, who are now exporting their coronavirus medicines widely despite major shortages of drugs to treat the coronavirus in Russian hospitals.

Latin America has been a target destination for Russian pharmaceuticals since pre-pandemic times. Thousands of vials of Russian insulin are unloaded from planes in Caracas almost monthly. Russia has been the only exporter of insulin to Venezuela for over a year now, as U.S. sanctions on the Venezuelan banking system prevent Venezuela from purchasing insulin from American and European companies.

What is perhaps surprising to some is the fact that Russia is making such generous deliveries of insulin to a foreign power while facing a nationwide insulin shortage of its own.

In theory, individuals with diabetes in Russia are legally entitled to free insulin procured by the state health care system. In practice, however, Russians in many provinces stand in Soviet-style lines for hours at their local clinics, only to be turned away empty-handed. In Saratov Province, the situation is so dire that it resulted in criminal prosecutions, the resignation of the local health minister, and the tragic death of a twenty-eight-year-old woman, whose difficulties procuring insulin resulted in the amputation of her leg.

In light of their domestic health crises, both coronavirus-related and in general, it seems unthinkable that Russia would be willing to part with their much-needed medicine. But Russia is never one to miss an opportunity to bolster its international reputation, especially when it can do so at the expense of the United States. Although sanctions are meant to cripple the regimes that trample on the freedoms of Latin Americans, every shipment of Russian insulin is a reminder to Latin America of the United States’ ability to weaponize its economy against them.

Russia’s global health public relations effort is extremely effective at its intended goal: undermining the United States. For example, in 2018, when Ecuador attempted to sponsor a UN resolution promoting the practice of breastfeeding, the United States, which is home to a number of companies that produce baby formula, was stalwartly opposed. The U.S. government threatened Ecuador, essentially saying that if it refused to drop the resolution, then Washington would retaliate with punitive trade measures and rescind its military aid. Uruguay, Mexico, and a host of other counties subsequently refused to sponsor the measure for fear of reprisal. But fear not, breastfeeding mothers of the world, because Russia swooped in to save the day, sponsoring the resolution and painting themselves as defenders of the little guy.

Add this to the list of Russia’s health-related public relations stunts, along with the Sputnik V vaccine and there’s a pattern. Russia struggles to combat diseases like HIV/AIDS and multidrug-resistant tuberculosis. The country is riddled with medicine shortages and has the fourth-largest number of coronavirus cases in the world. It is far from a beacon of light for global health issues but it is a team player (or can at least appear like one) when it comes to its national interests.

To take a line from Patrick Duddy, America’s message to Latin America needs to be “more than either ‘Be thankful we are not intervening’ or ‘You’re on your own, good luck.’” Instead, America needs to make the case that it is a trustworthy ally and that its ideas are worth taking seriously. After all, it has the advantage of medical technology that is proven to be safe and effective, something Russia cannot meaningfully boast of. Although the U.S. healthcare system is also overwhelmed, the government is not going to hang Americans out to dry in favor of international prestige. While the United States needs to remember to look outward, Russia needs to remember the 140 million Russians that it’s supposed to be taking care of.

If the promise of democracy and scientific expertise don’t speak for themselves, then America should point to the billions of dollars and tremendous successes they’ve had combatting HIV/AIDS, TB and malaria. The Global Fund, which received almost a third of its support from the United States has saved over thirty-eight million lives by helping people access antiretroviral therapy, testing, treatment, and prevention. Although Americans have made themselves out to be nationalistic and selfish, history speaks to the generosity of the American spirit and their ability to take on huge humanitarian challenges like the one we currently face.

Hopefully, President-elect Joe Biden will realize that it’s in America’s interests to be a team player as well. When the new administration takes over in January and starts to reawaken USAID, staff the State Department, and create a regional strategy, a generous pandemic response should be the cornerstone of regional diplomacy. A meager contribution to the World Health Organization’s COVAX initiative would cost the United States almost nothing in dollar terms and would send the message that it is invested in the welfare of others. After all, the coronavirus cannot be solved without international cooperation. Great-power politics could have an impact on the production and dissemination of vaccines. Thus, the United States should not try to curtail Russia’s health diplomacy nor that of any other country. Rather, a serious contribution to global vaccination efforts can boost the good work being done in Latin America and bolster our international image.