Shinzo Abe Is Resigning: What Does This Mean for North Korea? 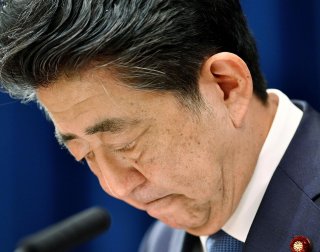 Japanese Prime Minister Shinzo Abe has resigned, announcing his intention to step down at a press conference in Tokyo late last week. Abe’s imminent departure leaves open a wide range of questions regarding Japan’s foreign policy direction, including the future of Japan’s uneasy relationship with North Korea and Tokyo’s broader role in the ongoing Korean conflict.

The most immediate issue raised by Abe’s departure is the fate of the Japanese citizens who were abducted by North Korean agents between the late 1970s and early 1980s. Tokyo suspects that hundreds of Japanese citizens were kidnapped by Pyongyang over the prior decades, but only 17 such cases were formally recognized by the Japanese government. Abe described the abductees’ safe return as his “life’s work,” making it a top national security priority in subsequent talks with Pyongyang. Abe’s efforts appeared to bear fruit in 2002, when DPRK agreed to return five Japanese citizens. But despite North Korea’s promise to investigate the state of the twelve remaining abductees, no other Japanese nationals were ever returned.

Abe labeled his failure to resolve the abductee issue as one of the biggest regrets of his eight-year-long tenure. A diplomat told The Japan Times that North Korean leader Kim Jong-Un is  “interested in whether the next Japanese prime minister will stick to the issue like Abe.” The matter is closed as far as Pyongyang--which insists that eight of the abductees are dead and the remaining four never entered North Korea-- is concerned. Still, the degree of severity with which the next Prime Minister continues to press the issue will set the tone of Japan-North Korea talks over the coming years.

Perhaps the most vivid aspect of Abe’s foreign policy legacy is his gradual transition away from the strictly defined Japanese pacifism of prior decades to a more proactive and militarily robust understanding of Japan’s security interests. A core feature of Abe’s ambitious defense reorientation is a hard policy line against North Korean weapon testing. Japan has long been a leading advocate for maintaining and strengthening the international sanctions regime arrayed against the DPRK; Abe’s focus on punitive measures to induce changes in Pyongyang’s behavior conjures a stark contrast to South Korean President’s Moon Jae-In’s more conciliatory approach of working with DPRK in the hope of striking a deal on denuclearization.

Given his dogged efforts to corral international sanctions against North Korea, it is hardly surprising that Abe has earned the singular loathing of Pyongyang; in response to Tokyo’s protestations over a November 2019 North Korean missile test by Japan’s waters, DPRK’s state media lambasted Abe as an “imbecile and political dwarf.” Earlier that year, North Korea remarked on Japan’s “wicked character” and the “loathsome words” of its “weasel-faced” foreign minister whilst turning down Abe’s offer for a Singapore-style summit without preconditions. More recently, Abe’s government has taken the unprecedented step of suggesting the need to consider preemptive strike options to address the increasingly sophisticated North Korean missile threat.

Over the past decade, Abe has transformed Japan into an increasingly assertive regional power. He has accomplished this while not only preserving, but cultivating and expanding Japan’s longstanding post-war security alliance with the US. The prospect of a militarily resurgent, Washington-aligned Japan has placed Tokyo and Pyongyang on a geopolitical collision course, sparking an openly antagonistic relationship that continues to alternate between prolonged standstill and bitter confrontation. It is unclear if Abe’s departure can meaningfully shift this dynamic, as even a less hawkish successor will remain bound by the harsh security realities confronting the present government.

Even as Japan's political landscape stands on the cusp of seismic changes, the long-sought window of opportunity for a diplomatic ‘reset’ between Japan and North Korea remains elusive.