What is Kim Jong-un Planning? 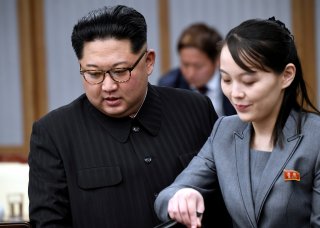 North Korean leader Kim Jong-un has a gift for keeping Korea watchers and government officials on their toes at all hours of the night. One moment, North Korean troops are preparing to deploy into the Kaesong and Kumgang area and setting up loudspeakers along the DMZ. The next, those speakers are being removed and military action plans against South Korea are on hold until further notice.

Just when you think an off-ramp between the two Koreas is increasingly difficult to spot, the Central Military Commission unexpectedly provides one.

Don’t be mistaken: the latest announcement from Pyongyang is just a suspension, not a reversal of their original plans. Long gone are the days when troops from the North and South were shaking hands and sharing packs of cigarettes as they disassembled front-line guard posts on both sides of the DMZ. The destruction last week of the modern-day, glass structure that used to be the inter-Korean joint liaison office is still etched in the minds of South Korean policymakers—all of whom have become lame-ducks at their boss’s signature foreign policy program is laid to rest.

The world’s most militarized border has been moving further and further away from the “zone of peace” South Korean President Moon Jae-in imagined after his first summit with Kim Jong-un two years and two months ago. With every North Korean provocation, insult, and propaganda leaflet floating across the border, Moon’s dream of transforming the Korean Peninsula into a grand, harmonious utopia is one step further from reality.

One can’t help but feel depression and anxiousness for Moon, the child of North Korean refugees and a long-time fixture in the South’s pro-peace camp. He has done all he can on his own to keep his dreams alive. But when he is confronting factors that are out of his control—Washington’s maximum pressure campaign, Pyongyang’s rising anger with the lack of progress, and South Korean activists who are launching tens of thousands of anti-Kim leaflets to the North—Moon is like the frustrated teenager caught between two squabbling, irreconcilable parents on the road to an ugly divorce. His approval ratings used to be in the 80’s; now, he is criticized regardless of what decision he makes. Even a blow-out win in the parliamentary elections this spring wasn't enough to cauterize the wound of a dying inter-Korean reconciliation process. At some point, you get tired of the abuse—and while Moon would give an arm and a leg to keep dialogue with the North going, he isn’t going to sacrifice his integrity.

Thus the Blue House and Moon personally likely greeted the Kim regime’s suspension of escalatory behavior as a potential lifeline. Before the statement, it looked like we were jumping into a time machine and going back to the bad, old days when the North and South were gearing up for a total cessation of the 2018 joint military agreement. The Korean Central News Agency reported on Monday that publishing plants in the North were working overtime to churn out 12 million leaflets filled with “wrath and hatred” for South Korea. “South Korea has to face the music,” the KCNA report said. “Only when it experiences how painful and how irritating it is to dispose of leaflets and waste, it will shake off its bad habit.”

That bad habit, according to the North, is the South sitting on its hands as activists send balloons full of anti-Pyongyang messaging to communities on North Korea soil. Park Sang-hak, one of those unapologetic activists, said that his organization launched 20 balloons stuffed with 500,000 leaflets, dollar bills, and books from the South Korean border town of Paju on Monday night. It should be noted that this is the same kind of operation that started the weeks-long cycle of escalation to begin with. Until Kim overruled the North Korean military brass mid-week, all the Moon administration could was issue the customary press release urging Pyongyang to rethink its retaliation plan and warn Kim to return to the commitments of an inter-Korean agreement—the same agreement the Kim regime labeled dead a few days ago.

Those of us in the West who are on the outside looking are trained to have a certain set of preconceptions about North Korea: 1) it escalates in order to pressure Washington and Seoul and offers to wind back its bad behavior in return for concessions; 2) any deal signed with the Kim regime isn’t worth the ink, and 3) Kim is wildly unpredictable. The topsey-turvey 24-48 hours of North Korea news, however, illustrates just how much we have to learn about Kim’s appetite for risk.