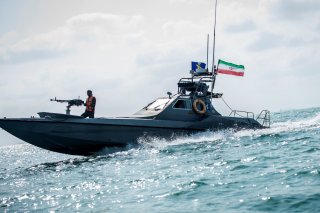 President Joe Biden has voiced his decision to keep the Islamic Revolutionary Guard Corps (IRGC), the branch of the Iranian military tasked with upholding the country’s theocratic political system, on the United States’ list of terrorist organizations, automatically leaving in place a set of sanctions and restricting the group’s ability to do business with U.S. partners around the world.

However, the decision not to delist the IRGC—a key objective of Iranian negotiators during the ongoing discussions to renew the Joint Comprehensive Plan of Action, the nuclear deal signed between Iran and the “P5+1” countries in 2015—will likely complicate, if not block altogether, the possibility of a new nuclear deal.

Biden reportedly committed to his decision during a phone call with Israeli prime minister Naftali Bennett in late April, indicating to the Israeli leader at the time that the decision was final and the United States would not consider further negotiations with Iran over the IRGC’s status. Bennett thanked Biden for the commitment on Twitter, writing that Biden had made a “principled decision” and describing him as a “true friend of the State of Israel.”

The United States initially placed the IRGC on its list of “foreign terrorist organizations” in 2019 under the leadership of former President Donald Trump. The designation came as part of Trump’s policy of “maximum pressure” on Iran, which abandoned efforts at diplomacy and attempted to force Iran to give up its nuclear and ballistic missile programs and change its foreign policy by threatening it with economic ruin. At the time of its imposition, Israeli prime minister Benjamin Netanyahu strongly supported the maximum pressure campaign, as did Bennett, who served as defense minister in Netanyahu’s government from 2019 until 2020.

In the two years since Biden entered office, the United States has sought to re-enter the JCPOA and return Iran to compliance, resuming the bargain of sanctions relief for the abandonment of its now-resumed uranium enrichment program. However, while progress has been made over the past year on a handful of nuclear-related issues, the question of the IRGC’s status has remained a major sticking point, with Iranian officials insisting that it came about as part of the maximum pressure campaign and should be revoked as part of a broader change in U.S. policy. Biden administration officials have countered that the IRGC’s status was never a part of the original JCPOA, and both sides could conceivably return to the basics of the agreement without changing it.

Sanctions on the IRGC are also supported by a clear majority on Capitol Hill, where a Senate resolution advising Biden to leave the sanctions in place passed with the support of 16 Democrats and all Republicans.

As negotiations in Vienna have stalled, Iran’s nuclear enrichment program has continued, and the country is now thought to be only weeks away from having enough fissile nuclear material to create an atomic bomb.