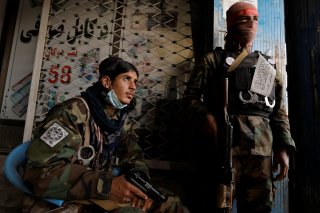 Following an emergency summit, the Group of 20 (G20) nations have committed to aiding Afghanistan in order to stave off the nation’s impending humanitarian crisis—acknowledging reluctantly that doing so would require cooperation with, though not necessarily recognition of, the Taliban.

The EU, which opened the discussions, promised $1.2 billion in aid for the country, as well as for its neighboring states to address the cost of harboring Afghan refugees. Hundreds of thousands of Afghans have fled the country since the Taliban takeover on August 15; while many refugees were evacuated in the U.S. military’s airlift, a substantial number also crossed into Pakistan, Iran, and Tajikistan, straining the neighboring countries’ social service programs.

The meeting comes two days after the conclusion of talks between the United States and the new Taliban government in Doha, Qatar—the first such talks since the end of Afghanistan’s twenty-year conflict.

The attending participants at the meeting unanimously agreed that the international community was obligated to help aid the Afghan people, particularly given the country’s financial situation. The Taliban was largely unable to capture the previous government’s funds when they seized Kabul, as much of it was stashed overseas and frozen by Western governments. This has led the group to plead poverty—and refuse to pay for foreign imports of food and electricity, exacerbating the humanitarian crisis.

The EU emphasized that its donation would go to international organizations on the ground within Afghanistan, rather than the Taliban itself, which remains wholly unrecognized two months after its seizure of power. At the same time, however, there was an implicit recognition that cooperation with the Taliban might become necessary as part of the aid mission. Draghi acknowledged that it would be “hard to see how one can help the Afghan people [...] without some sort of involvement of the Taliban government,” citing the group’s control over entry to the country.

Officials for the UN, which has extended its mission in Afghanistan, have previously suggested that the Taliban’s desire for international recognition could be used as a tool to influence their treatment of women and religious minorities within the country.