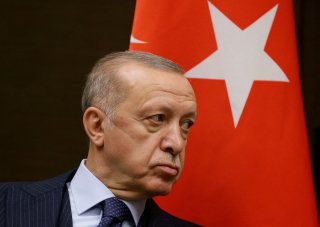 Turkish president Recep Tayyip Erdogan warned on Monday that a deadly missile attack into Turkey from Syria’s northern Azaz region, blamed on the Kurdish People’s Protection Units (YPG), would be met with retribution.

“We have no patience left” for the areas in Syria which had been used for attacks on Turkey, Erdogan declared in a news conference following the incident. “We are determined to eliminate the threats [...] either with the active forces there or by our own means.”

The attack was launched from the outskirts of Jarablus, a city in northern Syria opposite Turkey’s southern Gaziantep province. Missiles landed in two separate locations in Turkey, killing two police officers, according to the country’s interior ministry. A third missile was reported to have hit Jarablus.

Jarablus and its environs are controlled by Syrian rebels allied with Turkey, who took control of the city in 2016 after Turkish forces crossed the border to establish a security zone in northern Syria. However, much of northern Syria is still under the control or influence of the YPG.

The YPG is probably best known in the Western world for its role in the fight against the Islamic State terror group, highlighted by the militia’s stubborn defense during the Islamic State’s siege of Kobani from 2014 to 2015. The Islamic State’s retreat from the city in early 2015 was regarded as a critical turning point in the war and helped to solidify the YPG’s control over the north.

Turkey has accused the YPG of ties to the Kurdistan Workers’ Party (PKK), a left-wing Kurdish organization that remains committed to an ongoing insurgency against Turkey. While the PKK is regarded by the United States as a terrorist organization, this label is disputed by some, and Washington openly aided the YPG against the Islamic State during the height of the conflict in Iraq and Syria. America’s support for the YPG has been a point of ongoing contention in the relationship between the United States and Turkey, which has deteriorated over the past decade as successive U.S. administrations accused Erdogan of authoritarianism.

Although the Syrian Civil War has wound down from its most violent phase, and President Bashar al-Assad’s control over Syrian territory has strengthened, the YPG’s “Autonomous Administration of North and East Syria,” sometimes known as Rojava, has largely retained its autonomy from the government in Damascus.