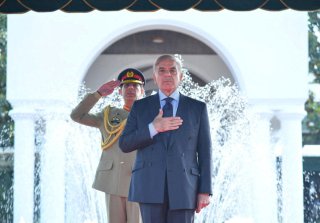 A Pakistani judge ruled in favor of incumbent Prime Minister Shehbaz Sharif and his son at their trial on Wednesday, declaring them not guilty on a series of corruption and money laundering charges dating back to 2020.

Judge Ijaz Hassan Awan of the Special Court Central in Lahore, Pakistan’s second-largest city, announced the verdict on Wednesday. Although Sharif had been required to attend previous court sessions, he had requested and received an exemption on Wednesday, and the verdict was instead delivered to his legal team.

In November 2020, Sharif and his two sons, Hamza and Suleman, were each accused of laundering 16.3 billion Pakistani rupees, or roughly $200 million, through a series of bank accounts from 2008–2018, during the tenure of Prime Minister Nawaz Sharif, Shehbaz Sharif’s older brother. Although Suleman escaped prosecution by moving to London, Shehbaz and Hamza were both charged, and the prosecution continued even after the elder Sharif’s accession to the prime ministership in April 2022.

During the period of final arguments before the court on Monday, lead defense lawyer Amjad Pervez attempted to discredit parts of the prosecution’s case, pointing out that no witnesses had testified for the prosecution and arguing that it had failed to connect the two Sharifs to the bank accounts, which were registered anonymously.

After the verdict, Pervez praised Awan for finding in the prime minister’s favor, claiming that the charges were “totally baseless.” Pervez also alleged that the criminal case had been politically motivated, as it was filed under the leadership of then-prime minister Imran Khan, Sharif’s predecessor in office and a bitter political rival. Neither the prosecution nor Khan immediately commented on the verdict, but Khan had previously suggested that Sharif was unlikely to be convicted for fear of retaliation from the prime minister.

The Pakistan Muslim League-Nawaz (PML-N), Sharif’s party, praised the verdict, describing the charges against Sharif as a “fabricated case created for political victimization.” It claimed that the case against the incumbent prime minister had not been conducted in good faith, but had been launched in order to distract him from the political arena as Pakistan prepares for its next elections in 2023.

Sharif acceded to the prime ministership following Khan’s abrupt fall from office in April 2022, after several members of his political coalition defected and announced their intent to vote against him in a vote of no confidence. Once it became clear that Khan would lose the vote, the then-prime minister attempted to dissolve parliament, but his action was struck down by the Pakistani supreme court, allowing the no-confidence vote to succeed. Khan has claimed in the months since his ouster that the vote was arranged by a cabal of Pakistani political and military leaders at the behest of the United States, although all three parties have denied this.