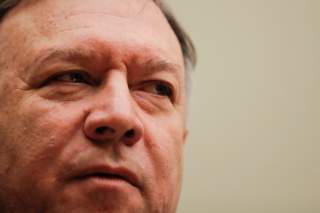 Russia and Turkey announced a ceasefire agreement for Syria on Thursday afternoon that directly rebukes U.S. Secretary of State Mike Pompeo’s demands earlier in the day—dashing U.S. hopes that Turkey could help roll back Syrian dictator Bashar al-Assad’s control of the country.

The agreement ended Pompeo’s latest attempt to forge a U.S.-Turkish alliance against Assad, who is backed by Iran and Russia.

The Trump administration has sought to expel all Iranian forces from Syria since former National Security Advisor John Bolton declared it a U.S. policy goal in September 2018. In recent months, the State Department has stepped up its attempts to force Iran out by bringing down Assad through both diplomatic and military pressure.

“We think there are increasing incentives both for the Russians and for the Syrians for Iran’s presence to decline,” said Brian Hook, the State Department official overseeing Iranian affairs, at an event hosted by Al Monitor on February 28. “The United States and our partners will be withholding reconstruction assistance in Syria unless certain conditions are met.”

He added that “Assad was on his back foot” at the start of the Syrian Civil War in 2011, blaming Iranian intervention for aiding and abetting Assad’s “slaughter of half a million Muslims.”

Hook did not address Turkey’s role in the country, but other U.S. diplomats were quietly working to back a Turkish military offensive against Assad in northwest Syria.

“We have a very, very big foreign military sales program, much of the Turkish military uses American equipment,” he told reporters. “We will make sure that the equipment is ready.”

The two-pronged plan to pressure Assad gained momentum in January 2019. Congress passed a sanctions bill allowing the State Department to renew diplomatic pressure against Assad. At the same time, Assad was launching a military assault to retake Idlib, the last rebel-held province of Syria.

Turkey bolstered its peacekeeping presence in Syria as a last-ditch attempt to stop Assad’s operations, which violated a 2018 ceasefire agreement brokered by Turkey—and threatened to send hundreds of thousands of refugees fleeing to the Turkish border.

The Syrian strongman and his Russian backers doubled down, killing dozens of Turkish troops in February. Turkish forces responded by pounding Assad’s armored units with drones and reportedly targeting Russian aircraft with shoulder-fired missiles. Iran’s military, normally silent on Idlib, warned that Turkish troops were within the range of Iranian guns.

It was the most serious escalation between Turkey, Russia, and Iran to date. Turkey has long backed anti-Assad rebels but it has also cooperated closely with Iran and Russia to create ceasefire agreements and “de-escalation zones” in Syria.

Turkish leaders requested U.S. support in defending their airspace after the February escalation.

The request reopened a longstanding debate within the Trump administration over U.S. relations with Turkey. Jeffrey reportedly pushed to send Patriot missiles to bolster Turkey’s air defenses, against objections from the Department of Defense.

U.S. military leadership has been at odds with the Turkish government over a variety of issues, including Syria, where the United States and Turkey see each other’s partners as problematic.

State Department officials had attempted to foster a coalition between the U.S.-backed Kurdish-led coalition and Turkish-backed Islamist rebels in 2019 but the scheme collapsed after Turkey launched a military campaign against the Syrian Kurds in October 2019.

Col. Myles Caggins, the spokesman for the U.S.-led counterterrorism coalition, referred to Idlib as a “magnet for terrorist groups” in a February interview, even as he called for Assad to halt his offensive.

Pompeo seemed to double down on Jeffrey’s position at Thursday’s press briefing.

“The Turkish Government has asked us for a handful of things. We’re evaluating all of those requests,” he said. “We believe firmly that our [North Atlantic Treaty Organization] partner Turkey has the full right to defend itself against the risk that’s being created by what Assad, the Russians, and the Iranians are doing.”