Yemen on Edge as Ceasefire Expires 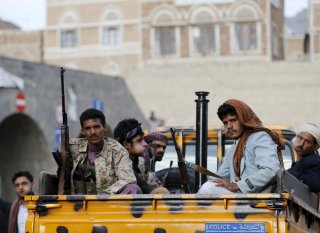 UN Special Envoy Hans Grundberg urged the parties to Yemen’s eight-year civil war to “urgently” renew the ceasefire that had been in place since March, following its expiration at the beginning of October after last-minute negotiations failed to renew it.

Although widespread violence has not yet erupted, Grundberg warned that “any small incident” could spark a wider war and “devastating consequences,” according to Reuters.

“Luckily, we have not seen a military escalation,” he noted. “This is so far, so good.”

Yemen’s truce was initially negotiated between the Houthi rebel movement in the country’s north and the Presidential Leadership Council, the collective head of state of the internationally-recognized Yemeni government, in the south. The ceasefire was intended as a temporary two-month truce during the Islamic holy month of Ramadan, but it was renewed for an additional two months shortly before its expiration on June 1, and again on August 1. Although both sides accused each other of isolated violations of the ceasefire, it had remained intact and resulted in a dramatic reduction of violence in the war-torn country, a positive sign that some observers still hope could lead to negotiations toward a permanent settlement to the conflict.

“I would urge all sides to exercise restraint [following the expiration] … and allow discussions that we have ongoing to bear fruit,” Grundberg said. The UN special envoy suggested that the truce’s expiration did not mean that the two sides intended to resume fighting, speculating instead that they had minor disagreements over UN-brokered initiatives proposed alongside the truce, including measures to pay Yemeni civil servants in the north and open the Houthi-controlled Sana’a airport to international air traffic.

Grundberg noted in his remarks that there had been “progress” on resolving several issues related to the ongoing conflict, including the Saudi Arabia-led blockade of the Houthi-occupied northern port of Hodeidah, which has emerged as a critical outlet for fuel imports to the country’s north. “There has been progress here, and we have the possibility of capitalizing on this progress,” he said.

The two sides are under immense foreign pressure to reach an agreement. Most Western nations, nearly all major international organizations, and the Gulf states that support the PLC have all backed a continuation of the ceasefire. On the other side, Iran, widely regarded as the Houthis’ main foreign backer, has also supported its renewal.