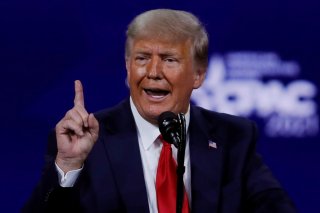 When the coronavirus first emerged, the most frequently cited explanation for its origin was that it had come from a wet market in Wuhan, China. Another hypothesis was that the virus had in fact leaked from the Wuhan Institute of Virology, a lab in the same city that specifically studies viruses that come from bats.

We looked at the controversy, all the way back in April of 2020. Far from the idea that the mainstream media completely shut down the idea of a lab leak all along, it was the Washington Post that reported, also in April 2020, that the U.S. State Department had warned in 2018 about safety issues at the Wuhan lab, and that as far back as the start of the pandemic in the U.S., there were discussions in the U.S. government about whether the coronavirus may have emerged from that lab.

At the time, it was considered unclear whether there was any truth to the lab leak hypothesis. However, scientists in the virology field were nearly unanimous in their belief that the coronavirus could not possibly have been deliberately engineered.

More recently, there have been reports indicating that the lab leak hypothesis has more to it than what was previously believed. Some elements of the intelligence community have expressed their belief that the lab leak theory has some validity, while President Biden has ordered a full intelligence review of the matter, per Reuters.

What has not happened, however, is a definitive conclusion that the virus came from the Wuhan lab. There has been no proof of such a thing, and it remains a theory, just as the wet market explanation was.

However, former President Trump, the man who frequently referred to the virus as “the China virus,” has weighed in.

“Now everyone, even the so-called “enemy,” are beginning to say that President Trump was right about the China Virus coming from the Wuhan Lab,” the president said on Thursday, in a “statement by Donald J. Trump, 45th President of the United States.” “The correspondence between Dr. Fauci and China speaks too loudly for anyone to ignore. China should pay Ten Trillion Dollars to America, and the World, for the death and destruction they have caused!”

While “everyone” is not currently saying that the virus came from that lab, the reference to correspondence is to some emails from National Institute of Health director Dr. Anthony Fauci, which were released earlier this week via a Freedom of Information Act (FOIA) request by several media organizations. Fauci received an email in February 2020 from an executive with EcoHealth Alliance, which funded some of the research at the Wuhan lab, thanking him for downplaying the lab leak hypothesis. Trump’s reference to the “enemy” would appear to refer to the news media.

“I have always said, and will say today to you, John, that I still believe the most likely origin is from an animal species to a human, but I keep an absolutely open mind that if there may be other origins of that, there may be another reason, it could have been a lab leak," Fauci said this week in a CNN interview.

"I believe if you look historically, what happens in the animal-human interface, that in fact the more likelihood is that you're dealing with a jump of species. But I keep an open mind all the time. And that's the reason why I have been public that we should continue to look for the origin.”

"You can misconstrue it however you want -- that email was from a person to me saying 'thank you' for whatever it is he thought I said, and I said that I think the most likely origin is a jumping of species,” Fauci added in the CNN appearance. “I still do think it is, at the same time as I'm keeping an open mind that it might be a lab leak."

It’s also not entirely clear what difference it makes where the virus first originated. Either way, it started in China, and either way, the Chinese government was less than forthright when it came to details about what happened when the virus first spread.

And it’s also unclear how exactly China would be made to pay “Ten Trillion Dollars,” or who could possibly compel them to do so. It would seem about as likely as the scenario, reportedly floated by the former president of late, of him being reinstated to the presidency this August.

Also of interest is the way Trump delivered the message. It’s the type of message that the former president would typically have sent out from Twitter, although he was of course banned from that platform, and other social media networks, in January, after the January 6 Capitol attack. More recently, the ex-president had been sending such messages on a blog-like website called “From the Desk of Donald Trump,” but that site was shut down earlier this week, due to a lack of engagement. The former site of the “From the Desk of” page now redirects to a site where users can sign up for alerts from the 45th president.

Those in Trump’s camp have said that the ex-president plans to launch a new social media platform of some sort, but in the meantime, the “Ten Trillion Dollars” statement was sent out on Twitter by Mollie Hemingway of The Federalist, a reporter sympathetic to Trump during his presidency. She is also the author of an upcoming book called “Rigged: How the Media, Big Tech, and the Democrats Seized Our Elections.”