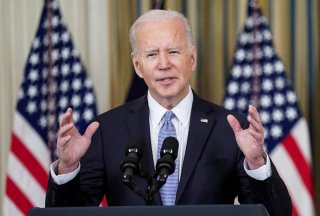 Based on the results of an annual survey conducted by the Federal Reserve in 2021, the Survey of Household Economics and Decision-making (SHED), U.S. families reported positive economic circumstances, despite uncertainty about the pandemic throughout the year.

“In 2021, perceptions about the national economy declined slightly. Yet self-reported financial well-being increased to the highest rate since the survey began in 2013,” the survey said. “The share of prime-age adults not working because they could not find work had returned to pre-pandemic levels. More adults were able to pay all their monthly bills in full than in either 2019 or 2020. Additionally, the share of adults who would cover a $400 emergency expense completely using cash or its equivalent increased, reaching a new high since the survey began in 2013.”

“After declining in 2020, parents’ assessments of their financial circumstances rebounded in 2021,” the Fed survey said. “This improvement is consistent both with reduced childcare burdens as schools returned to in-person classes, as well as additional financial resources provided to parents such as the enhanced child tax credit (CTC). Most parents also said that their child was doing better academically, socially, and emotionally in 2021 than they were a year earlier.”

The enhanced child tax credit was in place for most of the year in 2021, although it expired at the end of the year.

The Fed survey went into a bit more detail about that.

The survey added that those who received the child tax credit were more likely to save it than spend the money on anything else.

While some Democrats in Congress are continuing to push for a renewal of the child tax credit, it doesn’t appear that they have the votes to do so.