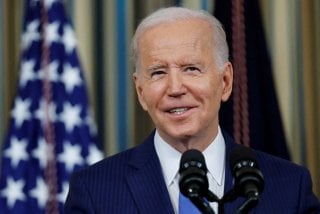 Following an election in which rising gas prices were a frequent issue of contention, the first weekly reports of the post-election period found that prices have declined slightly.

“After rising the week prior, the national average has changed directions again, posting a modest weekly decline with prices dropping in a majority of states. The decline has been partly driven by Great Lakes states, where prices fell by 15-25 cents per gallon due to an improvement in the refining situation, and also oil prices, which fell back under $90 per barrel last week,” Patrick De Haan, head of petroleum analysis at GasBuddy,” said in the report.

“With oil prices remaining volatile, the outlook is murky, but I’m hopeful in the lead-up to Thanksgiving we’ll see prices declining in more states, while others may not be quite as lucky. Regardless, we’ll still be seeing the most expensive Thanksgiving Day prices on record.”

The most commonly encountered gas price in the country was $3.39 per gallon, GasBuddy said, unchanged from the week before.

AAA, in its weekly report, found that the average price dropped three cents to $3.77 a gallon. That report also found a great deal of geographical variance in gas prices.

“While the national average has barely budged, there are now about 13 states with some stations selling gas below $3 a gallon,” Andrew Gross, AAA’s spokesperson, said in the report. “More gas stations could follow, which may be a big help with road trip budgeting as Thanksgiving approaches.”

There had been some speculation, including by ABC News in October, that gas prices would emerge as a major factor in this year’s midterm elections, especially after OPEC+ cut supply.

How big a factor they ultimately played is unclear, as gas prices are generally considered an aspect of the inflation issue. And while that issue was a major factor, voters didn’t appear to blame Democrats to the extent that it would lead to a midterm wipeout, as many anticipated.

While the Republicans made enough gains to recapture the needed seats to win the House of Representatives, the Democrats have retained the Senate, even if the Republican candidate, Herschel Walker, emerges victorious in next month’s runoff election in Georgia.