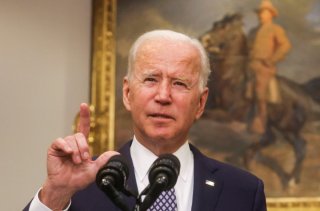 When the arrival of the pandemic in March of 2020 caused an immediate economic downturn, the federal government mandated stimulus checks for most Americans. Checks were sent out again in late 2020, and one more time in the spring of 2021.

That appeared to be the end of direct stimulus payments from the federal government, although several states have sent out their own version of stimulus checks. But it was made clear not long after the American Rescue Plan checks went out that there was little political will for an additional round of stimulus, despite calls from some lawmakers and petition drives from their constituents.

There were a few reasons for that, starting with concerns about inflation, and the idea that more money in the pockets of most Americans had the potential to make the inflation problem worse. Now, with another recession looming, could stimulus checks be resurrected?

CNBC recently asked some economists whether they think the government will use stimulus as part of the toolkit used in order to mitigate the next recession. “I expect stimulus checks to be used again,” Claudia Sahm, a macroeconomic policy consultant and former Federal Reserve economist, told CNBC. “They worked… The bottom falls out in a recession, so it’s important to blunt the fall,” she said. “Checks do that well. The second and third rounds went out within days.”

Zachary Parolin, a research scientist at the Center on Poverty & Social Policy at Columbia University—an organization strongly in favor of stimulus and child tax credits—also addressed the issue with CNBC, arguing that the pandemic-era stimulus served its intended purpose.

“In their absence, consumer demand would have likely been lower, threatening larger declines in employment,” Parolin said about the checks. “If economic shocks put the economy at risk, then stimulus checks will certainly be a tool that the federal government considers applying.”

The question now is whether the government will consider more stimulus checks to be prudent, especially if the previous stimulus is seen as contributing to inflation. The White House has not indicated that it is considering more direct stimulus, although recession conditions have not yet officially arrived.

“The high inflation we are experiencing was partially a consequence of sizable government transfers may mean there is less will for [the payments] in the immediate future,” Joseph Vavra, an economics professor at the University of Chicago, told CNBC of that particular dynamic. “I think it’s likely they may be used again in future deep recessions,” he added.