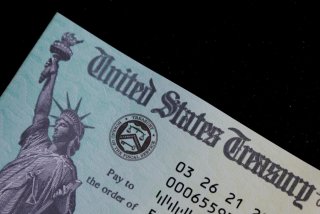 As many as three direct payments are on the way to help New Mexicans deal with crippling inflation and gas prices.

According to KOAT in Albuquerque, New Mexico, the state started processing tax rebates last week. But this is “just one round of economic relief payments. Some New Mexicans will get three of them.”

“We know people, households are having a tough time keeping up with rising prices,” Charlie Moore, an official at the New Mexico Taxation and Revenue Department, told the news station. As for the rebate amounts, taxpayers who filed individually are in line to receive $250, and those who filed jointly will get $500.

More checks are on the way. “There will be another one tied to it of the same amount that people will get in August,” Moore said. “These are the rebates that are going out to all taxpayers.” KOAT noted that there is a separate rebate for those who meet certain income thresholds—married couples under $150,000 and single filers under $75,000. Those are expected to head out to eligible households in July.

“That's either $750 total if you are filing singly or up to $1,500 if you are married, filing jointly,” Moore said. “We know everybody is looking forward to it and we're certainly glad we're able to do it. We are working as fast as we can to make sure we get those into people's hands,” he continued.

Moore added that eligible households who are still without the payments should remain patient. “That paper check process is much slower and we can only do them in limited patch batches,” he said. “It's about 14,000 at a time and there's upwards of 200,000 or more that need to get out the door. So that's going to take several weeks.”

Similar to New Mexico, several other states—now armed with excess tax revenues after aggressive federal stimulus actions during the pandemic—have also proposed their own version of tax rebates or stimulus checks to help ease the burden of red-hot inflation that has reached a four-decade high.

Just last week, Michigan governor Gretchen Whitmer sent a letter to leaders in the Michigan legislature proposing the “MI Tax Rebate Right Now” plan, which includes a one-time direct payment of $500, rolls back the retirement tax for seniors, and triples the Earned Income Tax Credit, according to the Detroit Free Press.

“Let’s take advantage of our additional revenue to put money in people’s pockets and deliver real relief right now,” Whitmer said in a release. “Michiganders are counting on us to work together to provide real relief right now, so they can pay the bills and put food on the table. Let’s draw on the grit and determination our working families show every day and let’s get it done,” she continued.