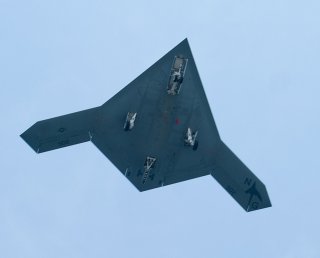 Here's What You Need To Remember: The MALE RPAS might be tugged in too many directions to be able to compete with the American Reaper.

Just as the United States is looking for a Reaper drone replacement, so too are the Europeans. The project, dubbed MALE RPAS, or Medium-Altitude, Long Endurance Remotely Piloted Aircraft System aims to end European reliance on American-made drones like General Atomics’ MQ-9 Reaper with a European-made replacement.

The MALE RPAS made its first public appearance in 2018 at the Berlin Air Show, though the airframe on display was a mockup, not a flight-worthy airframe. Unlike the majority of surveillance and combat drones, the MALE RPAS had a two-engine pusher style propeller configuration.

While the project can draw on engineering expertise and deep funding from France, Spain, Italy, and Germany, these four countries are also pulling the program in differing directions. Questions remain about what the MALE RPAS program will actually accomplish and if it will be able to offer anything of value.

Reconciling the MALE RPAS design with the operational requirements of the four countries involved in the project remains a challenge. Germany would like to use the drone for domestic surveillance, whereas France intends on fielding the drone over North Africa, where the MALE RPAS would support the French-led Operation Barkhane counter-terrorism missions.

Berlin insisted that the MALE RPAS design should feature two engines to prevent the drone from crashing in urban areas should one engine fail—a design requirement that necessitates a larger airframe.

France has criticized the drone, saying that German design requirements made the platform “obese,” and that the drone would have a difficult time competing against the lighter, sleeker Reaper on the drone export market.

In addition, it remains to be seen what role the MALE RPAS would play in the German armed forces, the Bundeswehr. Though Germany’s defense budget is one of the largest in Europe, Berlin remains extremely cautious to use force and is perhaps the most risk-averse of the North Atlantic Treaty Organization (NATO) allies. The Bundeswehr does not enjoy the support other militaries benefit from domestically, which has in part caused an over-reliance on old, obsolete, and defective equipment and weapon systems.

Currently, Germany does not arm the few drones they operate. Arming German-operated drones would almost inevitably spark intense debate among voters and politicians about the ethics of armed robots—and likely be unpopular.

Still, proponents of the program insist that the MALE RPAS platform would help to strengthen inter-European military interoperability. This, despite the fact that all four of the MALE RPAS participant countries are NATO members, and France, Italy, and Spain already operate the Reaper—in addition to the United Kingdom, the Netherlands, and Belgium.

The MALE RPAS might be tugged in too many directions to be able to compete with the American Reaper. Especially considering the trend towards stealth in drone design, it remains to be seen if the four-country consortium can design a European Reaper competitor.