China's Submarines Are No Longer a Joke 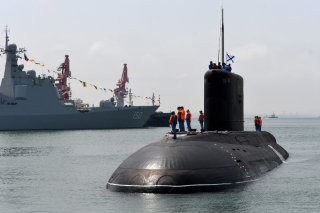