Here's What You Need to Know About China's Aircraft Carrier Program 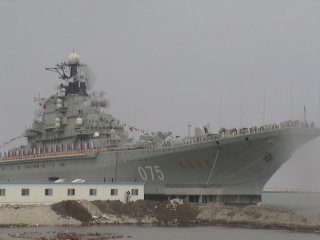 Here's What You Need to Remember: China currently has two aircraft carriers, with a third in early construction, and a fourth planned for sometime in the mid 2020 or 2030s. Their first carrier, the Liaoning was commissioned by the PLAN in 2012, though it was first laid down in the early 1990s.